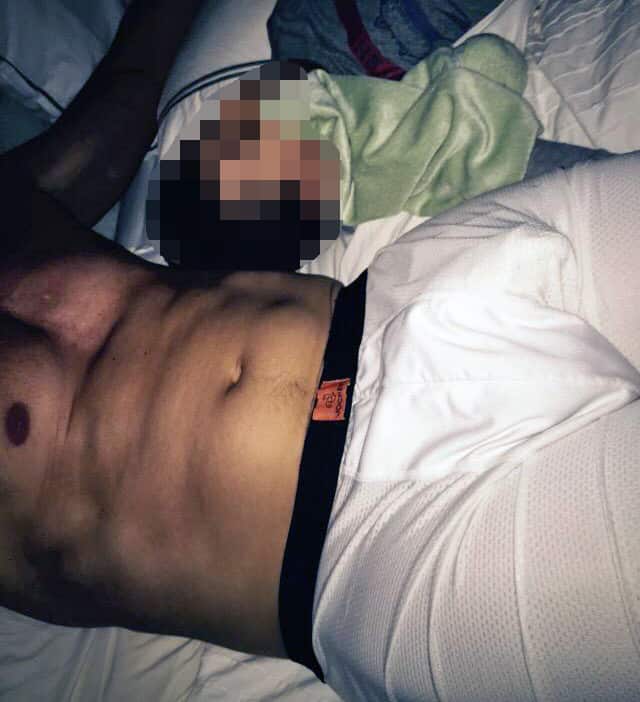 Huma Abedin, the wife of former Representative Anthony Weiner and a top aide to Hillary Clinton, says she’ll separate from Weiner following his latest sexting scandal, in which he sent a crotch shot to a Trump supporter and member of the NRA.

“After long and painful consideration and work on my marriage, I have made the decision to separate from my husband,” she said in the statement. “Anthony and I remain devoted to doing what is best for our son, who is the light of our life. During this difficult time, I ask for respect for our privacy.”

“Huma is making a very wise decision,” he said in a statement. “I know Anthony Weiner well, and she will be far better off without him.”

Mr. Trump also said the episode was an issue of national security.

“I only worry for the country in that Hillary Clinton was careless and negligent in allowing Weiner to have such close proximity to highly classified information,” he continued. “Who knows what he learned and who he told? It’s just another example of Hillary Clinton’s bad judgment. It is possible that our country and its security have been greatly compromised by this.”

The announcement has prompted a fresh round of Hillary Clinton lesbian rumor-mongering from Matt Drudge:

RELATED: Lawrence O’Donnell Asks Anthony Weiner ‘What is Wrong With You?’ – VIDEO

The New York Post reported the sext on Sunday night:

The stay-at-home cad shot the revealing photo while discussing massage parlors “near my old apartment” shortly after 3 a.m. on July 31, 2015, a screenshot of the exchange shows.

Weiner was clearly aroused by his conversation with the 40-something divorcee when he abruptly changed the subject.

“Someone just climbed into my bed,” Weiner wrote.

Weiner then hit “Send” on the cringe-inducing image, which shows a bulge in his white, Jockey-brand boxer briefs and his son cuddled up to his left, wrapped in a light-green blanket.

“You do realize you can see you[r] Weiner in that pic??” the woman wrote.

Weiner stepped down from Congress in 2011 after sending a lewd photo to a woman on Twitter and then lying about it after getting caught.

Weiner said that he had intended to send the photo as a private message but lied to the public after being caught: “I panicked, I took it down and said that I had been hacked.”

Weiner also admitted that he had similar relationships with several other women over a number of years.

Weiner’s story is the subject of a new documentary, available for streaming now.