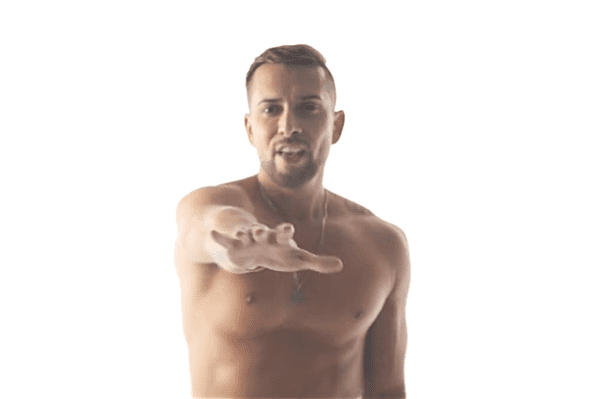 American Idol alumnus David Hernandez is setting the record straight, so to speak, and opening up about his sexuality with the release of his new music video, “Beautiful.”

You may recall Hernandez was the subject of fervid speculation when he was eliminated from Idol back in 2008 after making the top 12. Reports began to surface at that time that Hernandez had worked as a male stripper who catered to mostly male clientele prior to joining Idol.

In a new interview with OUT, Hernandez says Idol producers were aware he had worked as a stripper when he joined the show. He also says that seeing negative comments online and on TV about his disrobing days was hard. “My dad still knew nothing about my sexuality or my profession. So when it’s plastered all over CNN that’s not how somebody really wants to go down,” he explains.

In 2008, Hernandez suggested to Michael Musto that the reason he was eliminated by Idol voters was not his stripper past but rather audience members’ disquiet with ‘the gay thing’, implying that perhaps if he had been a male stripper for female audiences he would have received less notoriety and remained on the show longer. At the time, Hernandez also implied that he knew fellow Idol contestant Adam Lambert from ‘the scene’ prior to going on the show. Lambert was not publicly out at the time.

With the release of his new music video “Beautiful”, Hernandez is embracing his sexuality and offering words of support to anyone who may feel put down by society.

Hernandez wants to use the song to reach out to people of all groups and remind them they’re beautiful just the way that they are and that there’s no reason to feel ashamed.

For years, Hernandez has been forced to portray an image of himself that wasn’t real—and he’s over it. Now he wants his art to reveal who he really is: an out and proud man with a strong, honest voice.

“That’s why this song resonates with me. The lyrics are just so powerful. This is who I am, take it or leave it.”

Watch the music video, below.