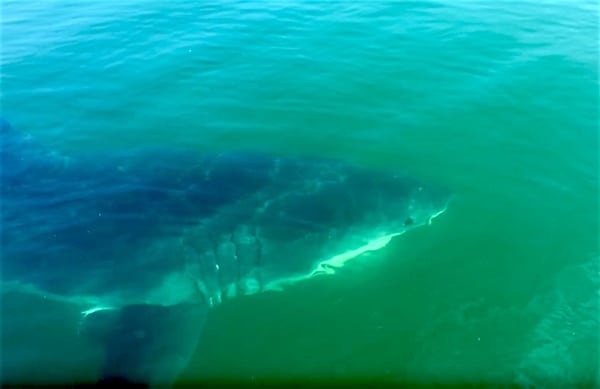 A man and a very excited boy filmed a Great White Shark circling their boat for several minutes in 12 feet of water just off Race Point Beach, a popular beach for swimmers, in Provincetown, Massachusetts.

“He’s lurking around us. He’s like, sizing us up for dinner,” says the man to the boy.

The video was filmed at 7:30 am on Sunday morning, according to notes left by James Gibbons, who posted it to YouTube.

The Atlantic White Shark Conservancy’s ‘Sharktivity’ app (which the boy suggests notifying several times), reports that there have been at least three Great White Shark sightings off of Race Point Beach – one at the shore in just four feet of water – over the past week.