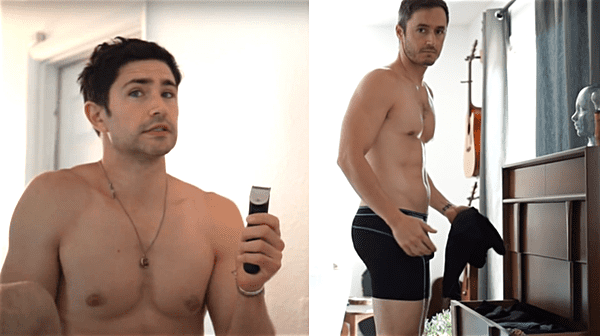 Since getting hitched and starting a family with their adopted son Crow, actor Matt Dallas and singer/songwriter Blue Hamilton have been sharing their adventures in married life and fatherhood on their YouTube channel “matt + blue.”

One of their latest videos, is all about the adorkable things that gay husbands and dads sometimes do. For instance: sharing an underwear drawer, inadvertently dressing almost identically, having the same taste in guys at the gym, sharing clippers (that probably shouldn’t be shared), and being mistaken for twins, to name some of the highlights.

Watch below to find out more things that these gay husbands and fathers do.

Previous Post: « The Legendary Ms. Britney Spears Is Returning to the VMAs – VIDEO
Next Post: Brazilians Are All Over Olympic Wrestling, Rio 2016’s Sexiest and Most ‘Primal’ Sport: VIDEO »