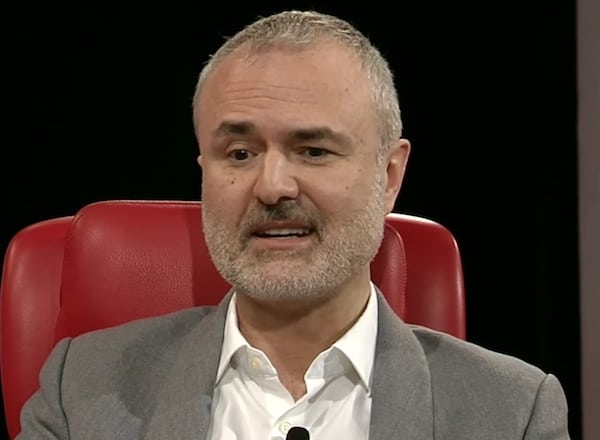 The answer to that question doesn’t seem at all clear at this point, except to say that Denton is getting out of the news business.

Denton, who founded Gawker, will reportedly be receiving $17,000 a month in return for signing a non-compete agreement with Univision, the Spanish-language media company that purchased 6 of Gawker Media’s blogs for $135 million after the company declared bankruptcy. Gawker.com was not one of those blogs and it has ended operations.

According to USA Today,

“[Univsion] will pay Denton $16,666 a month for the next two years to ensure he follows through on the promise [to leave news media], according to a non-compete pact included as part of Denton’s personal Chapter 11 bankruptcy filings with the U.S. Bankruptcy Court in New York.

As part of their pact, Denton “has agreed not to, directly or indirectly, associate with any business enterprise that engages in the business in the United States, Puerto Ricoor Hungary” without Univision’s written consent, the filing read.

Gawker was financially crippled by a legal battle with former professional wrestler Hulk Hogan who sued Gawker for releasing a sex tape in which he appeared. Gawker lost that law suit to the tune of $140 million. It later turned out that Hogan was being bankrolled by homocon billionaire Peter Thiel who sought revenge against Gawker for ‘outing’ him in 2007.

Of his next chapter, Denton has said in an internal staff memo circulated at Gawker,

“I will move on to other projects, working to make the web a forum for the open exchange of ideas and information, but out of the news and gossip business. Gawker.com may, like Spy Magazine in its day, have a second act. For the moment, however, it will be mothballed, until the smoke clears and a new owner can be found. The archives will remain, but Monday’s posts will be the last of this iteration.”