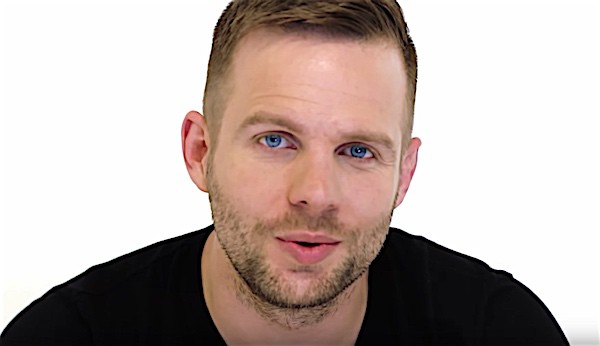 Out singer-songwriter Tom Goss gets intimate in “All My Life”, the first release from his sixth album What Doesn’t Break.

“For [the video of] ‘All My Life’ I wanted to do something different. I wanted to be completely vulnerable. I wanted to strip away the Hollywood gloss and tap into the true emotion of the song and the experience of love. I booked a studio, camera and lights, then sat alone with myself. I shot, directed and edited the video. Honestly, I’m not sure I could have been as emotionally revealing had there been a dozen people in the room. I wanted this to be the most emotionally honest thing I’ve ever done. I believe I have accomplished that.”

He told WOW that the new tracks confront a different side of himself:

“I really was hesitant to release these songs. Not because I didn’t believe in their worth, but because I was afraid of the truth I was revealing. I’ve spent years releasing songs that projected the person I want to be, while neglecting the other person that sometimes shows up in front of me. This record speaks to my greatest failures and regrets, it acknowledges the darkest and least lovable side of me, and then embraces it, loving it all the same.”

And you can also see him on tour in August and September when he hits, Arlington, VA, NYC, Hollywood, Orlando, and several other Florida cities.