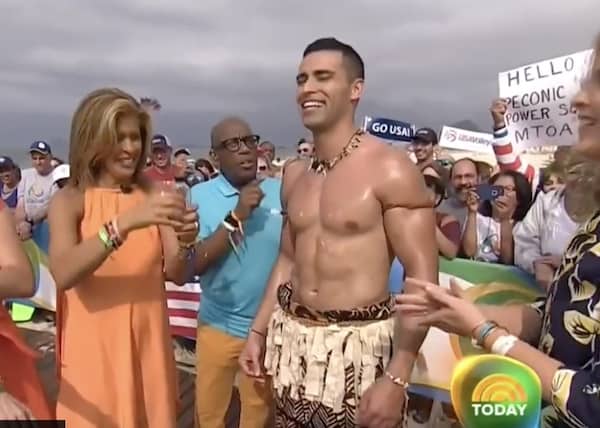 Pita Taufatofua, the Tonga flagbearer who broke the internet on Friday night when he entered the Rio 2016 stadium shirtless and covered in oil, joined Jenna Bush, Natalie Morales, Hoda Kotb, and Al Roker for an objectification session on the Today show Monday morning.

Roker attempted to conduct a backstory interview but it appeared to be a bit difficult for the perplexed-looking Tongan taekwondo athlete because he was being fondled from every angle.