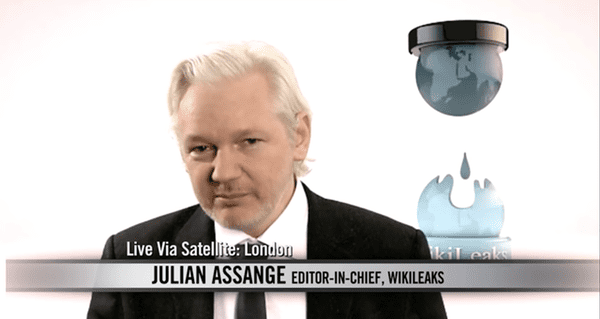 A new report out Tuesday has found that hacktivist group WikiLeaks has on more than one occasion outed gay men in Saudi Arabia, a country where homosexuality is punishable by death.

WikiLeaks has increasingly shown little discretion when it comes to withholding private details about individuals named in documents it leaks online, even those of individuals who have nothing to do with the organization’s raison d’être: “We open governments.” Rather, it seems that WikiLeaks has no interest in taking the time to redact personal information that, if revealed, could endanger the lives of private citizens who have played no role in the Machiavellian machinations of statecraft it seeks to expose.

In the report, the AP found a staggering amount of “collateral damage to the privacy of hundreds of innocent people, including survivors of sexual abuse, sick children and the mentally ill” in WikiLeaks’ leaked documents. Among a trove of cables from Saudi Arabia, for instance, medical records and other personal information was revealed that effectively outs closeted gay men in that country. As the AP notes, “the site published the name of a Saudi citizen arrested for being gay, an extraordinary move given that homosexuality is punishable by death in the ultraconservative Muslim kingdom.”

The AP was able to get in touch with that man who said, “[WikiLeaks] published everything: my phone, address, name, details. If the family of my wife saw this … Publishing personal stuff like that could destroy people.” That individual is also in the midst of a custody dispute with a former partner.

Three Saudi cables published by the WikiLeaks identified domestic workers who’d been tortured or sexually abused by their employers, giving the women’s full names and passport numbers. One cable named a male teenager who was raped by a man while abroad; a second identified another male teenager who was so violently raped his legs were broken; a third outlined the details of a Saudi man detained for “sexual deviation” — a derogatory term for homosexuality.

Scott Long, an LGBT rights activist who has worked in the Middle East, said the names of rape victims were off-limits. And he worried that releasing the names of people persecuted for their sexuality only risked magnifying the harm caused by oppressive officials.

“You’re legitimizing their surveillance, not combating it,” Long said.

WikiLeaks and its founder Julian Assange weren’t always as aggressive in their disclosure of personal data. In 2010 Assange said, “We have a harm minimization policy,” adding that “There are legitimate secrets. Your records with your doctor, that’s a legitimate secret.” Apparently, in 2016, medical records are no longer a legitimate secret, even if you’re gay and/or a victim of rape.

It is unclear at this point if WikiLeaks has outed gay individuals in other anti-LGBT countries besides Saudi Arabia.