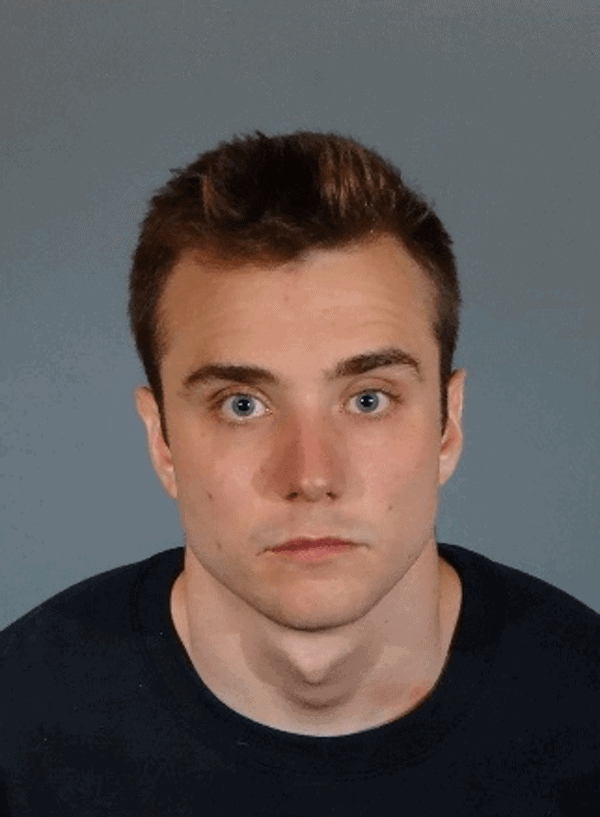 McSwiggan was charged by L.A. police after they reportedly found no evidence to corroborate McSwiggan’s claim that he was the victim of an anti-gay hate crime in June near popular West Hollywood gay nightclub The Abbey.

McSwiggan was in Los Angeles at the time for the annual VidCon social media conference.

On June 28, McSwiggan shared a photo of himself in the hospital appearing bruised and in bad shape, writing, “With three broken teeth and six stitches in my forehead, I’ve never felt so terrified to be a gay man in the public eye.”

After police challenged his version of events, saying that McSwiggan inflicted injuries upon himself while in police custody and that he did not appear visibly bruised when they initially encountered him, McSwiggan released a more in-depth account of the night.

He admitted to having injured himself but insisted that he that he did not fabricate the assault. “Just because there were no visible marks on my face does not mean I was not attacked,” he said.

Police ended up officially charging him the day McSwiggan posted his photo to Instagram.

McSwiggan appeared at the Los Angeles Airport Courthouse to enter his pleas nearly three months to the day after his alleged assault.

[McSwiggan] was ordered to return to the court for a pre-trial hearing on November 7 and refused to comment as he left the building.

After he was charged in June, Mr McSwiggan wrote on Facebook that he had caused the injury that required the stitches to his head but insisted he was attacked by three men.

The 26-year-old, who has more than 64,000 subscribers on YouTube, posted a photo on Instagram as he lay in a hospital bed after the alleged attack, telling his followers he suffered three broken teeth and required six stitches to his head.

The Los Angeles County Sheriff’s Department said officers investigated but were “unable to substantiate the assault”.

Though McSwiggan pleaded not guilty to vandalism, he previously admitted to damaging a car he alleges belonged to one of his assailants.

Said McSwiggan in a June Facebook post, “In a moment of devastation, anger and blind rage I kicked the wing mirror of the attacker’s car until it broke and then ripped it off with my hands. I also scratched the front of the car with the broken wing mirror before returning back to The Abbey for help.”

As for whether the alleged assault was a hate crime, McSwiggan said in June, “I can not say for 100% that this was because I was gay but I can’t think of any other justification for this random attack.”

RELATED: Gay Vlogger Calum McSwiggan: ‘I Did Not Fake a Hate Crime’

Of the blowback he has received from those questioning the veracity of his statements, McSwiggan has said, “Being accused of being a liar and being called a disgrace to the LGBT+ community, a community I’ve dedicated my life to, is more painful than any hate crime could ever be.”