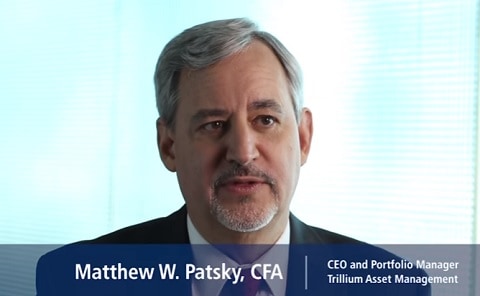 Earlier this month it was estimated that HB2 has so far cost North Carolina in the region of $395 million from sporting organizations, the entertainment industry and business interests. In March, more than 80 CEOs and businesses – including Apple’s Tim Cook and Facebook’s Mark Zuckerberg – signed a letter urging Governor Pat McCrory to overturn HB2.

RELATED: Panicked Over Diving Poll Numbers, NC GOP Lawmaker Who Voted for HB2 is First to Call for its Repeal: WATCH

Speaking at a press conference on Monday alongside some of the investors who have signed the statement calling for repeal, Matt Patsky, chief executive officer of Trillium Asset Management, said North Carolina “appears to be headed for what I would call a state-government-inflicted recession.” According to Associated Press, Trillium – one of the organizers of the statement along with environmental research group Croatan Institute and the New York City comptroller, Scott Stringer – has more than $2 billion in assets under management. Stringer was unable to attend the press conference because of a New York ban on travel to North Carolina.

In a separate statement, Stringer said:

“As long-term investors, we can’t sit idly by as HB2 undermines fundamental human rights at our expense. For the last 25 years, New York City’s pension funds have pushed more than 100 companies to enact non-discrimination policies that protect LGBTQ individuals and ensure they attract, retain, and promote the best and the brightest. These policies are essential if we want companies – and our economy – to succeed, and we can’t let a hate-filled law get in the way.”

“This fallout is real. It has had a devastating impact on our reputation and that has a direct impact on entrepreneurs’ ability to grow their business here.”

McCrory replied in a statement:

“This latest attack on North Carolina values is being coordinated by the same people who manage the New York City pension fund that is on the verge of an ‘operational failure,’ according to a recent report. For New York hedge fund billionaires to lecture North Carolina about how to conduct its affairs is the height of hypocrisy.”

Earlier this month, McCrory offered to consider rescinding HB2, but only if the Democrats who pushed for a pro-LGBT ordinance in Charlotte would admit they were wrong. Charlotte Mayor Jennifer Roberts has refused to apologize or make any changes to the city ordinance.