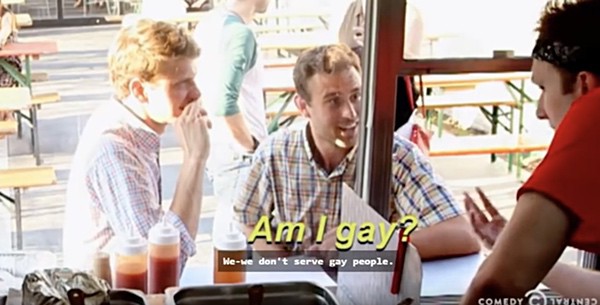 The Daily Show sent correspondents Roy Wood jr. and Jordan Klepper to North Carolina with a food truck to see how everyday citizens would react when faced with the anti-LGBT discrimination allowed by the state’s HB2 law.

Bone Bros BBQ then began discriminating against gay people. Customers, after they were told they were being refused service because they looked gay, were understandably bewildered.