WINDOWS 2003. It’s what Trump is running his email servers on: “In what might be one of the more delicious cases of irony to ever grace a presidential election, a researcher has found that a number of email servers linked to Donald Trump’s hotel and others businesses are running horribly out of date software which receive no security patches, and are lacking other precautions for keeping hackers out.” 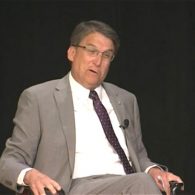 CHARLOTTE OBSERVER. We’re not endorsing Pat McCrory for the first time in 25 years: “McCrory rushed to sign House Bill 2 on March 23, hours after the House and Senate rammed it through. North Carolina’s reputation has been melting ever since. McCrory adamantly defends the discriminatory measure and dismisses the NCAA, the ACC, scores of business executives and others who have condemned the legislation. It was a hateful and self-defeating bill, and it will be McCrory’s legacy.”

BOB DYLAN. The Swedish Academy, which bestows the Nobel Prize, hasn’t informed Bob Dylan because they can’t get in touch with him: “And Mr. Dylan, despite performing twice since being named the latest Nobel laureate in literature last week, has yet to make a public statement about the honor. Sara Danius, the permanent secretary of the academy, told Swedish public radio on Monday that the academy has been in contact with an associate of Mr. Dylan, but apparently not with the artist himself. Ms. Danius said she did not know whether he planned to attend the award ceremony in Stockholm on Dec. 10.”

JULIAN ASSANGE. The state actor which cut off his internet was reportedly Ecuador. 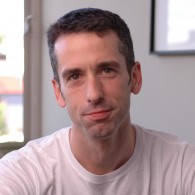 HURRICANE NICOLE LOBSTER. Sanctuary Marine in Bermuda caught a 14 lb monster lobster shortly after Hurricane Nicole swept through, then they released it.

GREAT WHITE SHARK. A fisherman in Australia had to defend his boat motor with a broom after a shark wanted to nibble it.

MUSIC VIDEO OF THE DAY. Moby. “Are You Lost in the World Like Me?” He told BuzzFeed that his inspiration was about our “dependence on technology” and “how we have become desensitized and also the general pace of the way we live today, the things we prioritize now.”

TOO HOT FOR TUESDAY. Joe Trivisvavet.

Previous Post: « Frank Ocean Will Not Be Getting Any Grammys Because He Missed a Deadline
Next Post: Former Fox News Anchor Jim Walker Opens Up About New Career as Gay Adult Film Star »