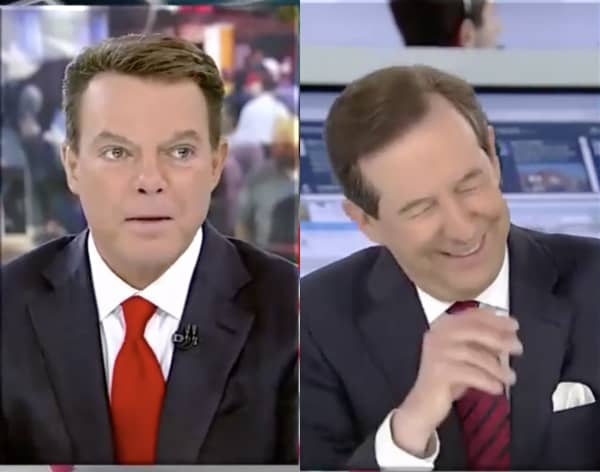 On Tuesday, FOX News anchors Chris Wallace and Shepard Smith had a bit of an awkward exchange on-air today in which Wallace suggested that Smith has something of a ‘chapstick fetish.’

As Mediaite points out, the pair were commenting on Mike Pence’s arrival in New York when Wallace saw Smith reaching for something and asked, “What are you doing?”

Smith replied, “I dropped my chapstick. I gotta have the chapstick. Should I leave it on the floor for someone else to pick up?”

Wallace in turn quipped, “You have a little chapstick fetish don’t you?”

“Fetish?! No! Do you know what that means?” Smith asked.

Previous Post: « Calum McSwiggan Pleads Guilty to Vandalism, Still Denies Faking a Hate Crime
Next Post: An Essential Guide to the Record 191 LGBT Candidates on the Ballot Across the Country »