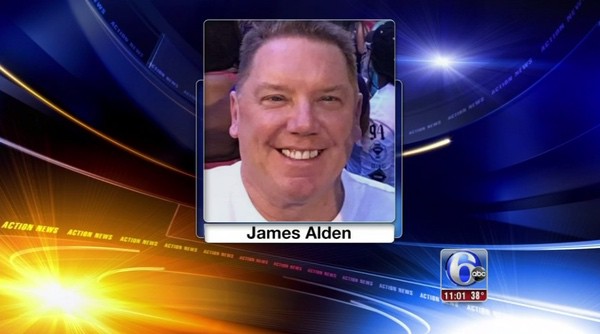 A sophisticated explosive device stuffed into an envelope sent to Philadelphia Center City resident James Alden may have been placed by someone in a domestic dispute, police say. The device sent Alden to surgery with wounds on his face, torso, and hand and created an explosion that was heard for blocks in the neighborhood.

The ATF, FBI, Postal Inspector and the Philadelphia Police Department are working together to try to find the person or persons who either sent or placed the envelope.

Investigators said they haven’t seen a device like this here before. They say it is clear it was intended for the man who opened the package and suffered serious injuries.

Sources say among the people they are looking at is someone intimately known to Alden and his 32-year-old partner.

Philadelphia police responded to the 1800 block of Pine Street around 4 a.m. Tuesday, where they found Alden lying injured in his first floor apartment.

It was clear there had been some type of explosion that happened when Alden opened a large padded envelope that he believed contained medication he receives through the mail.

Investigators at first suspected terrorism, or that Alden had been targeted in a hate crime, but a domestic dispute now seems to be the theory they are pursuing.

Police say they are questioning a number of people including Alden’s above-mentioned partner, who was in the apartment at the time the device exploded.