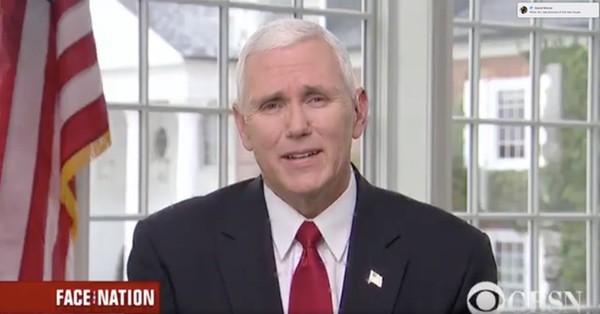 Vice-President Elect Mike Pence told Face the Nation that he and his wife “really enjoyed being” at Hamilton and called it “a great show.” He told Chris Wallace on FOX News Sunday that he “would leave it to others” on whether he deserves an apology.

But perhaps it’s Mike Pence who should offer the apology to Hamilton’s star Javier Muñoz, a gay, HIV-positive actor. Pence wanted to use HIV/AIDS money to fund gay conversion therapy.

Pence was booed by the audience before being given a special message from the cast urging him to protect diversity and respect the rights of everyone in the United States.

“I’m a history buff and my hat’s off to the cast and to the extraordinary team.”

Mike Pence sings "Hamilton's" praises: "It's a great show.. I'm a history buff and my hat's off to the cast and to the extraordinary team" pic.twitter.com/mQWKOnbgI4

Pence told FOX News Sunday that “it was a real joy to be there.”

“I do want to say that the basic element, the center of that message is one I want to address and that is I know this is a very disappointing time for people that did not see their candidate win in this national election,” Pence said.

“I know this is a very anxious time for some people. I just want to reassure people what President-elect Donald Trump said on election night — he absolutely meant from the bottom of his heart,” he said.

“He is preparing to be the president of all of the people of the United States of America and to watch him bringing together people of diverse views, bringing people together who disagreed with him strongly, seeing him talk to leaders around the world. I just want to reassure every American that in the days ahead I am very confident that they are going to see President-elect Trump be a president for all of the people and we embrace that principle. We are going to work hard to make that principle every day that we serve.”

Meanwhile, Donald Trump was still ranting about the show this morning: