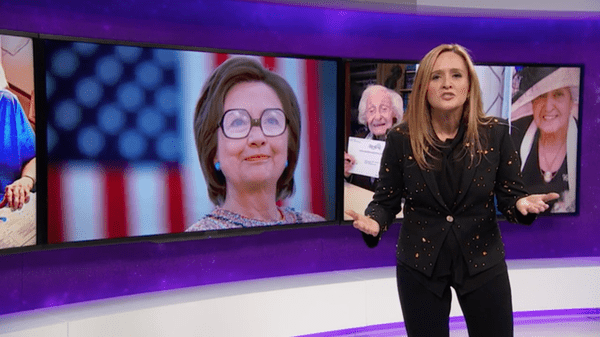 Hillary Clinton has long been pegged as ‘unlikable’, and more recently, in this election cycle, she has been skewered by some for lacking authenticity. On a special election eve episode of her show Full Frontal, political satirist Samantha Bee decided to address the charges–and call bullsh*t.

Cataloguing Clinton’s history of making herstory, Bee explained how ‘authenticity’ is something that has repeatedly got Clinton in trouble–like when she refused to stay at home, bake cookies, have teas, or take her husband’s last name.

Bee explained, “Hillary Clinton has spent the past forty years learning to mask her authenticity. Ever since the so-called natural state [Arkansas] couldn’t accept a normal human woman in her natural state with her own name and her brown hair and identity independent from the dude she was boning, don’t expect grandma to pivot on a dime now that authenticity is suddenly cool.”