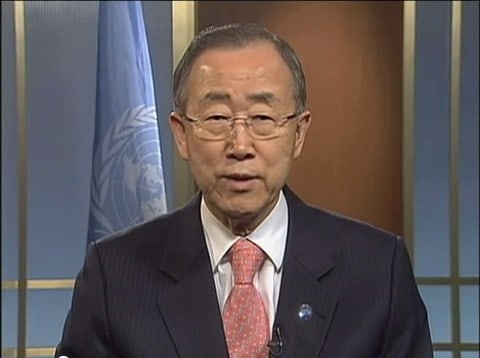 The statement was adopted by the U.N. Security Council, one of the U.N.’s most influential bodies and one in which Russia is has veto power.

The original statement, obtained by The Associated Press, said it was thanks to Ban “that women, young people, and the LGBT community have been heard and assisted, and today their voices sound louder and stronger in (U.N.) headquarters and around the world.”

But the statement read at Wednesday’s council tribute to Ban made no reference to the LGBT community, instead saying it was thanks to the secretary-general “that the most vulnerable or marginalized have been increasingly heard and assisted by the United Nations.”

Ban Ki-moon has served as Secretary General for the past 10 years. Antonio Guterres will take over the office on January 1.

Russia’s opposition to the mention of Ban’s work on LGBT rights is not surprising given the country’s anti-gay propaganda law and its vehement opposition to LGBT equality.