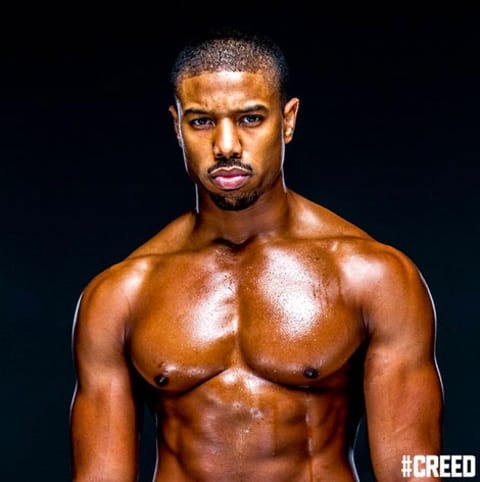 Actor Michael B Jordan took to Snapchat on December 26 to respond to Instagram commenters he characterized as “angry, bitter” and “upset” after several posts were written by an alleged anonymous scorned gay lover. The comments also suggested that Jordan had slept with director Ryan Coogler (Fruitvale Station, Creed).

The comments irked Jordan, who said “I usually don’t comment creep,” to hop on social media over the holidays. 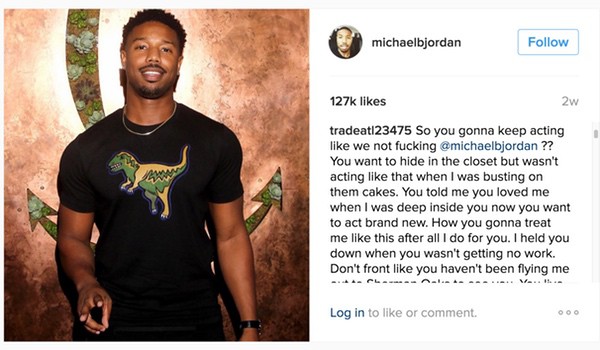 “I usually don’t comment creep but, you know, sh*t, today I got time. So look, whoever’s angry, bitter, upset for whatever reason, grow the f**k up ‘cause karma’s real. And I usually take the high road. I usually don’t say sh*t, I just let it roll ‘cause people are going to be people. Everybody got they opinion. That’s what the Internet’s for. They going to say whatever….On second thought, why am I even giving energy to that s**t on this day. Y’all my fans. Y’all don’t need to hear me ranting about some BS. So enjoy your family, enjoy your blessings, enjoy the people you hold close and cherish that. I think that’s more important than some comment.”

Previous Post: « George Michael’s 1998 Coming Out Interview: ‘I Don’t Feel Any Shame and Neither Do I Think I Should’ – WATCH
Next Post: Gay Married Couple Enshrined in Mosaic Mural in NYC’s Newest Subway Station »