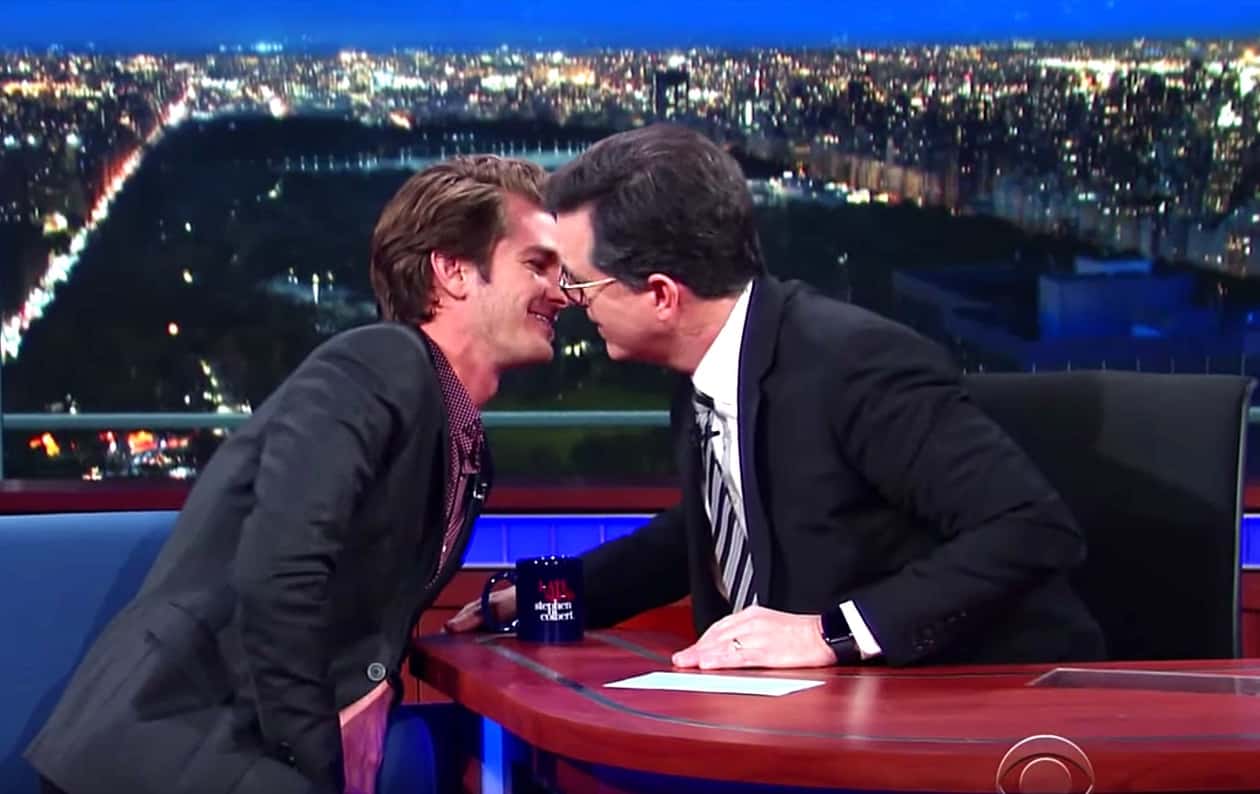 After a discussion of his Golden Globes kiss with Ryan Reynolds, Andrew Garfield planted two intimate kisses on Stephen Colbert at The Late Show desk.

Said Garfield of his kiss with Reynolds.

“I just wanted Ryan to know that I loved him no matter whether he won or lost. It doesn’t matter, it’s how you play the game. He showed up, he gave his all, and it doesn’t change anything in my heart. I just wanted him to know that.”

After assuring Colbert that he’s very comfortable with kissing another man, Colbert said he felt the same way, and then magic happened. 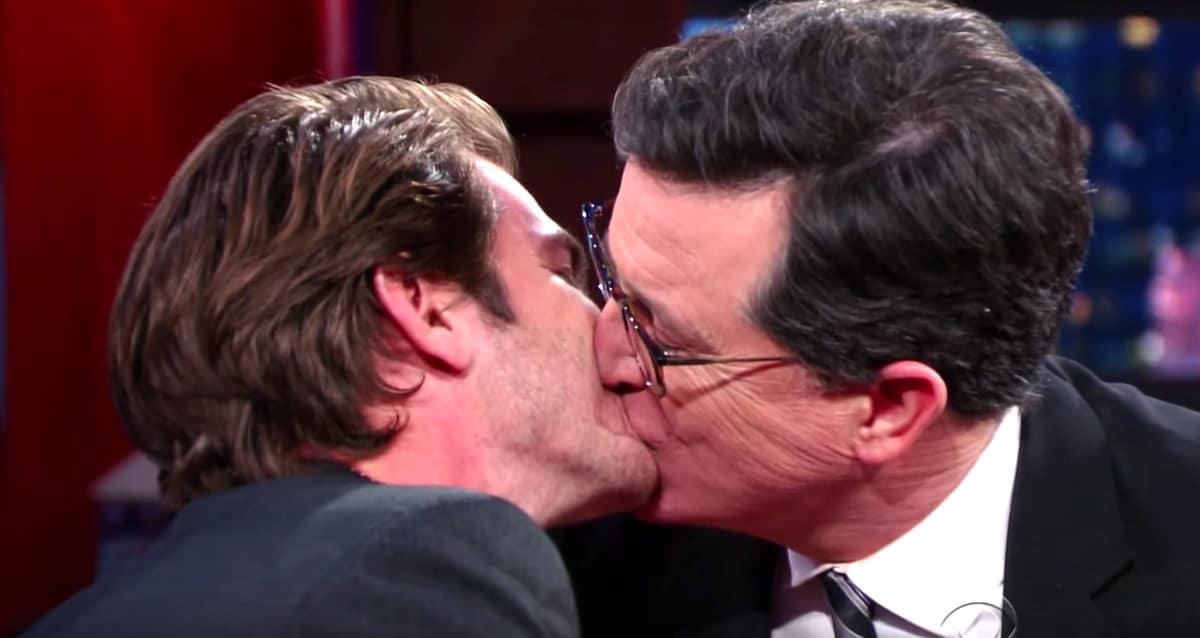