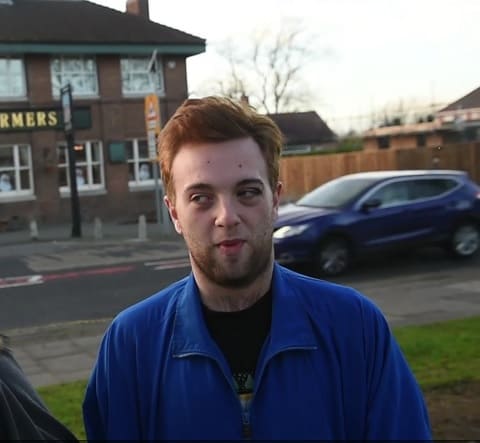 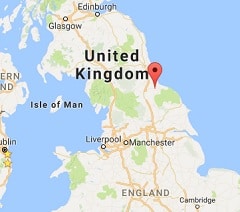 Two gay men were attacked and beaten by a group of around 15 people outside a pub in England on Christmas day.

The couple and a friend required hospital treatment following the assault.

RELATED: British Gay Man Speaks Out About Beating by Cage Fighter Keith Moult That Left Him for Dead

According to Gazette Live, Jayson Homer (above) and his partner – who wishes to remain anonymous – had been out with their two friends for a Christmas Day drink in Thornaby:

Early on in the evening they claim to have been verbally abused at the Jolly Farmers pub in Thornaby by members of the same group. Jayson’s partner said he was the first to be targeted – at first over his religion.

The 21-year-old said: “At first a girl in the group started taking the mick out of me for being Jewish.

“Then another lad from the group came over saying being Jewish was a race.

“I was disagreeing with him and it was just a little debate really at first. But then the girl started shouting ‘queer’ at me. Every time I went to the toilet someone said it while I was walking past.”

Jayson said he was also subjected to abuse while nipping outside for a cigarette.

The friends, all from Thornaby, said at first they refused to be intimidated but decided to leave when trouble broke out in the pub. But as they started to make their way to the female friend’s home, they were then approached from behind by a group of about 15.

Jayson, 20, said: “I was bottled in the face. I couldn’t really see what was happening because they had knocked my glasses off and my eye was filled with blood.”

He needed a CT scan to check for potential brain damage. His partner was also brutally attacked, suffering bruising across his body and a black eye. The victim also has suspected cracked ribs and a broken nose and has to return to hospital for further checks.

Jayson added that the attack has left him feeling suicidal. “I was petrified to go out of my front door,” he said, “but I’m not going to let it stop me living my life.”

It was the second homophobic attack in the north Yorkshire town in less than a week. On December 21, a 30-year-old man was verbally abused and physically attacked by two men driving a white Mercedes saloon.

Police are investigating the attack and ask anyone with information to call 101 or Crimestoppers on 0800 555111.