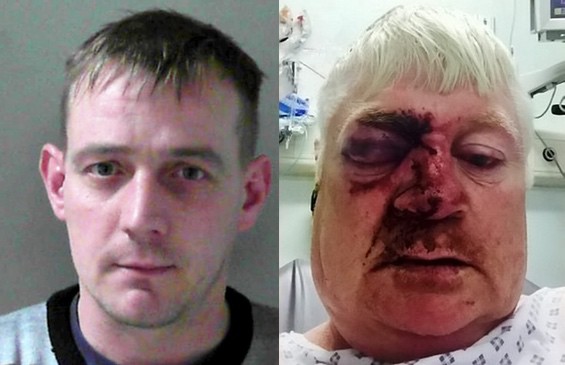 A 56-year-old gay man in England has opened up about a vicious homophobic attack that left him unconscious.

David Ryan was walking home from a pub in Henstridge, Somerset last New Year’s Eve when he was attacked by boxer and cage fighter Keith Moult (above), who was sentenced to prison after a three day trial.

Moult shouted homophobic slurs at Ryan before punching and kicking him until he fell to the ground. The brutal assault continued as Moult beat Ryan until his victim lost consciousness.

Ryan was left on the ground in freezing temperatures but was rescued by a navy pilot who called emergency services. 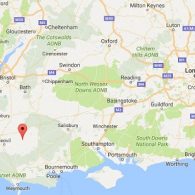 “I’d moved to Henstridge from London. I wanted to retire here eventually. I had a job in Yeovil hospital, I’d made some friends and I wanted to spend the rest of my life here. But after he was jailed, people told me I’d need to watch my back. It made me very anxious. I was so afraid that I was going home after work, running to my front door and bolting myself in my own home. It was like being a prisoner. It destroyed me. I gave up my job, my home and I went back to London. Nobody should be attacked like that – gay, straight, lesbian – if you are attacked or abused, it needs to be reported. I thought – I’m a gay man. No-one is going to care about this. But I was wrong. Everyone took it very seriously. And I hope by speaking out like this, people in the LGBT community who might have been afraid to come forward will know that it is safe for them to do so. That they’ll be taken seriously. And people like him will know that they can’t get away with doing things like this to people.”

According to The Sun, Moult was sentenced to 18 months in prison for assault after a three day trial at Taunton Crown Court.

Ryan has asked that well-wishers make a small donation to the Terrence Higgins Trust, The Samaritans or St John Ambulance.