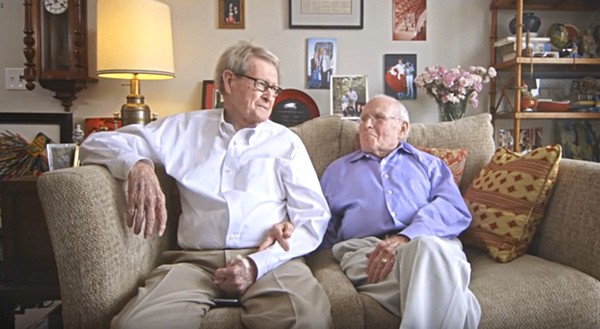 Jack and George met in 1961 and have been together ever since, and this is the first Valentine’s Day they’ll celebrate as a legally married couple.

Necco’s Sweethearts candy is celebrating their relationship in a new ad.

Replies George: “I knew when I met Jack that that was who I was looking for. That I had spent all of my life looking for. If that’s not love, I don’t know what is.”

Adds Jack: “The Supreme Court made their announcement on I think it was the 25th of June.”

Says George: “I turned on the radio cause I knew they were gonna make an announcement at 9:00 and sure enough I heard the results of the Supreme Court, and frankly, I wept.”