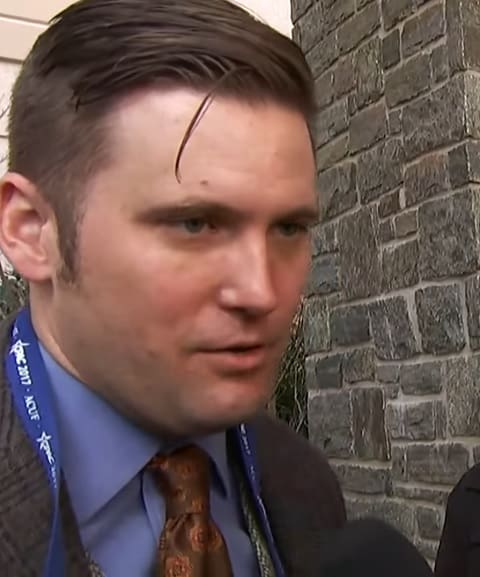 Richard Spencer, a leader in the white supremacy movement and briefly famous for getting a (well-deserved?) dig in the gob, has been given his marching orders by Depeche Mode, which he called “the official band of the alt-right.”

Yesterday, Spencer was a victim of GOP’s efforts to stifle free speech when he was ejected from the Conservative Political Action Conference (CPAC) because he is “repugnant.” Pot meet kettle.

Prior to the GOP heave-ho, Spencer was asked if he is a fan of rock music to which he replied “Depeche Mode is the official band of the alt-right.”

As Esquire points out, “like many others in the ’80s, [Depeche Mode] did play around with fascist-style imagery, but in a manner that was clearly detached from any sort of actual political sympathy with the likes of Spencer and his ideological forebears.”

Just in case there might be any concern, a spokesperson for the band said:

“That’s pretty ridiculous. Depeche Mode has no ties to Richard Spencer or the alt right and does not support the alt right movement.”

Watch a post-CPAC interview in which Spencer explains helpfully that “loads of people like my stuff,” along with the video for Depeche Mode’s latest track “Where’s the Revolution” below.