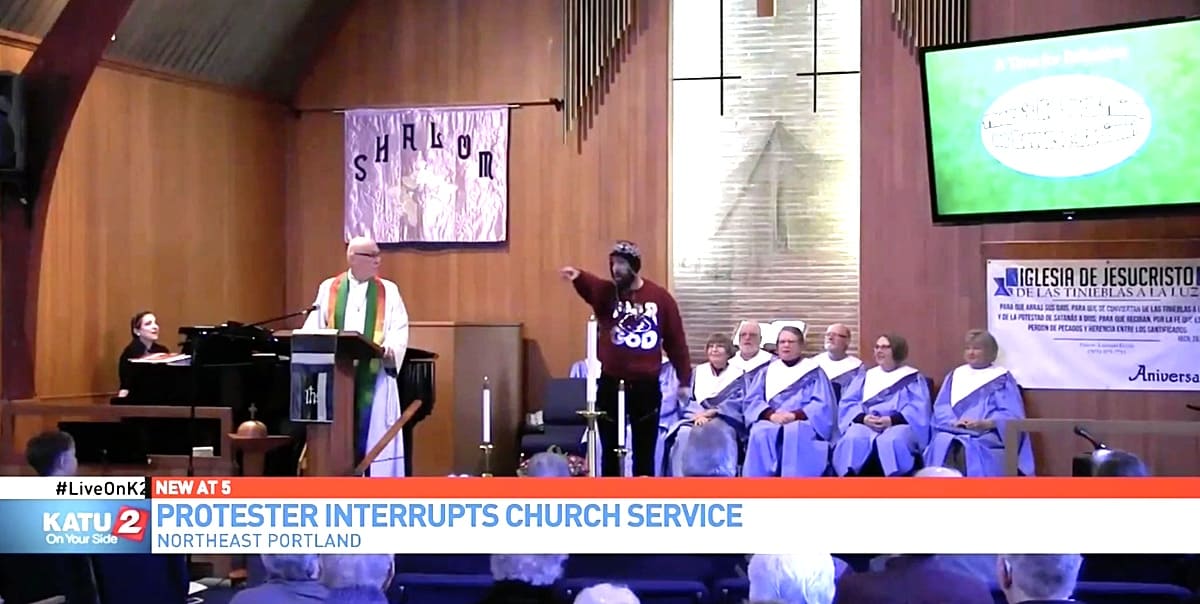 Don Frueh, the openly gay pastor at Parkrose Community United Church of Christ in Oregon was 25 minutes into his service and had just finished showing a video on inclusion and discrimination when a man wearing a FEAR GOD sweatshirt mounted the altar and began spewing anti-gay rhetoric.

Congregants surrounded the man and tried to calm him down before leading him out of the building.

The service didn’t end there.

Instead, they prayed for the man.

“When someone is being hurtful, I see that there is a hurt in them,” Frueh said. “I hope that we can help heal those kinds of hurts.”

Frueh and the congregation agreed the man is welcome to return, but he has to leave his angry words at the door.

“We welcome everyone and he needs our prayers,” he said. “I think every world religion has the golden rule at its heart, ‘Do unto others what you would have them do unto you.”