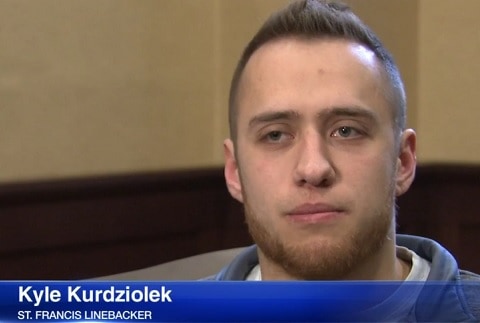 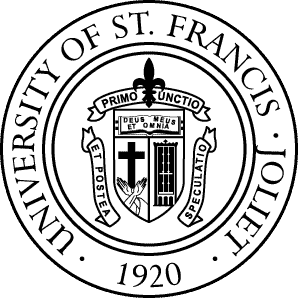 An Illinois college football player has come out as gay, and is “perhaps the first scholarship athlete who decided to end the charade while he was still competing at the collegiate level,” according to ABC7 New York.

Kyle Kurdziolek, a student at the University of St. Francis in Joliet, Illinois, hid his secret for years for fear that it could prevent him from playing.

Despite his fears, Kurdziolek was surprised to find that the reaction from friends, family and teammates was overwhelmingly positive.

RELATED: Meet The Adorable College Athlete Who Came Out on the Day of SCOTUS’ Gay Marriage Ruling

In May 2016, he told a coworker at a Joliet clothing store that he was gay. In August he started to tell some of his teammates. Among them was Alex Zlomie, a defensive end who turned out to be one of his best friends.

“We were hanging out over summer and we were going to a concert in Joliet and we were just walking in and he was like, ‘Hey, I wanted to let you know I’m gay,’ and I didn’t even break stride, I was like, OK,” Zlomie recalled.

The next step was informing his coach, Joe Curry.

“I was completely 100 percent happy for him. You know, everybody in their life desires to be part of something and be happy, and Kyle’s no different,” Curry said…

“I feel so relieved now, like, I’m so happy about the person I am today, just being able to get that off my chest and feel comfortable about who I am. I don’t have to hide behind this mask anymore, I don’t have to conform to some norm anymore. I can be Kyle Kurdziolek, I can be who I want to be and without no restrictions,” he said.

Kurdziolek added that his inspiration for coming out was Michael Sam. He is hoping that his experience coming out as a gay scholarship college football player might inspire other college athletes to come out.