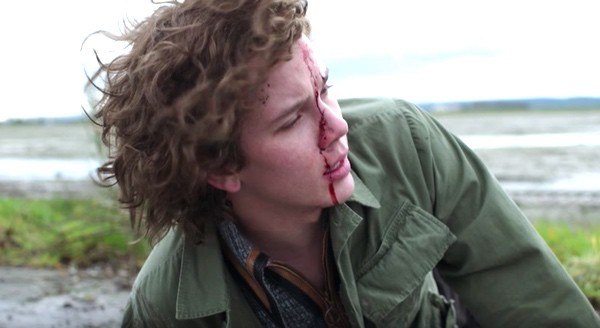 The 1970s is more complicated than most people remember and more nuanced than it is often documented but the ABC miniseries, When We Rise, offers a compelling, insightful portrayal of a decade that’s often overshadowed by its bookends—the Stonewall Uprising in 1969 and the outbreak of HIV in 1981. There is much to praise about the miniseries treatment of the 1970s, particularly its emphasis to include white, black, female, and transgender characters as central protagonists as well as its careful depiction of how gay liberation grew out of the Peace movement and feminism.

Yet, the most chilling aspect of the film, which resonated with me even days after I saw the first two episodes, were the terrifying depictions of violence. 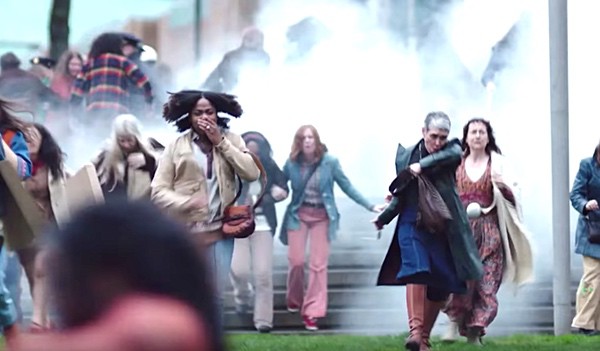 I have been writing, researching and thinking about the 1970s for the past decade. I published a book, Stand By Me: The Forgotten History of Gay Liberation, last year on the history of gay liberation and when I was writing the conclusion, exploring common themes that connected the various chapters, I discovered that in each chapter there was some explosive account of violence. I had detailed the arson attack on the Upstairs Lounge in New Orleans in 1973; I reported on the numerous attacks that gay people faced in bars and in their businesses; I charted how LGBT activists drew attention to the unreported cases of rape and sexual violence in prison.

Violence stalked gay liberation, but until When We Rise, I did not see an episodic depiction that revealed it as a central theme in the history of the 1970s. In ordinary and everyday encounters, When We Rise shows how the constant onslaught of violence committed against the LGBT community made gay liberation a quite  tenuous and fragile endeavor, even after the Stonewall uprising.

Stonewall did not lead to immediate acceptance let alone equality, instead it inspired many LGBT activists to fight back against violence and intimidation.  Mama Jose, who presides over a drag bar, tells Ken Jones, an African-American naval officer, that she was inspired by both the Stonewall uprising in New York and the Compton’s Cafeteria riot, the first documented protest by transgender people, and will fight for gay liberation in San Francisco. A few minutes later, the police raid Mama Jose’s the Black Cat Bar, and begin violently arresting gay patrons, placing them in handcuffs, and filing them into a paddy wagon. Mama Jose then commands the remaining drag queens and patrons to form a circle around the paddy wagon and to chant, “God Save Us Nelly Queens.”

The scene reveals the often unnamed historical moments when LGBT began to stand up for their rights, and the gradual acts of defiance that fueled the larger movement, but it also reveals how violent the 1970s were, even though the period gets labeled as liberation. There was nothing liberatory about the men and drag queens placed in the police paddy wagon but there was something liberatory about those who protested it. The 1970s represented both but often the revolutionary elements overshadow the violence and intimidation that persisted. 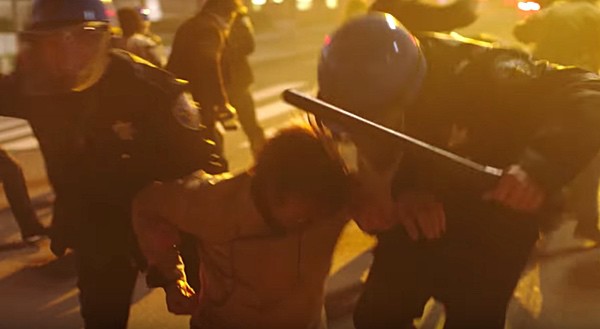 When We Rise also shows that gay bars and neighborhoods were often under attack.  In my own research, I uncovered this pattern in New Orleans, which like New York City and San Francisco, often gets the reputation as a safe haven for the LGBT community.

Yet, in 1973—the same years when the first episodes of When We Rise unfold—The Upstairs Lounge in New Orleans was firebombed. Forty-four years later, no one has been charged with this hateful crime, and in the early 70s, it received little attention.  Until the shootings in Orlando in June 2016, it was the largest massacre of LGBT people in US history.

The fire bombing in New Orleans, the police raids in San Francisco and New York City, and the recent terrorist attack on the nightclub in Orlando indicates how gay bars, often represented as carefree, triumphant sites of LGBT culture, were often under siege, even in big cities.  When We Rise captures this terror and further challenges the notion of gay bars as welcoming institutions that bind a community together by showing the racism that Ken Jones, an African-American protagonist, confronted in a gay bar. 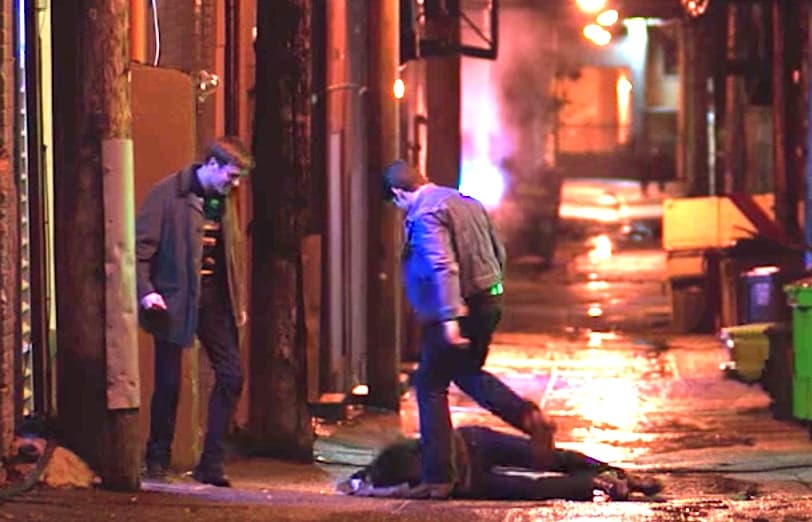 Violence forms the backdrop of the first two episodes of the miniseries. Cleve Jones, one of the main characters and the author of the memoir that inspired the film, gets beaten up in an alley on his walk home late at night. He is surrounded by a group of hoodlums who identify him as queer and then bash his head in.  In an earlier scene, he rings the buzzer to enter an apartment building and he notices a carload of street thugs circling the block. Unable to get into the apartment building, he spots the car looping the block yet another time and he runs down a dark, empty street, and with the agility of an alley cat leaps onto a fire escape and squats onto a metal staircase hiding in the dark.

Despite the fact that “gay liberation” had entered into the American lexicon in the early 1970s—the opening of the miniseries begins with a vignette of each character coming across an issue of LIFE Magazine that lists “Gay Liberation” as one of the headlines of the year—many LGBT people were still terrified to walk down the street and were, in a chilling number of instances, assaulted and harassed when they did. 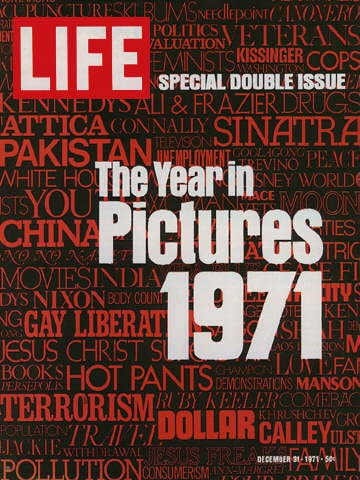 Cleve later attends a women’s demonstration organized by his newfound ally, Roma Guy. Within minutes of the protest, the police begin to break up the demonstration, beating the women with billy clubs, spraying them with gas, and attacking them.  When We Rise, powerfully reveals how early gay activists were the victims of police brutality and that many protests did not lead to direct political change, which undermines the popular perception that marriage equality can be directly traced to the 1970s.

As When We Rise, accurately depicts, the Stonewall Riots did not spark a wave of protests that grew in size and number, eventually leading to the Supreme Court. Instead, as the depiction of the real lifetime gay activist Roma Guy’s character reveals, LGBT activists often second guessed their strategies, clashed with other alleged allies, and were defeated by the police. 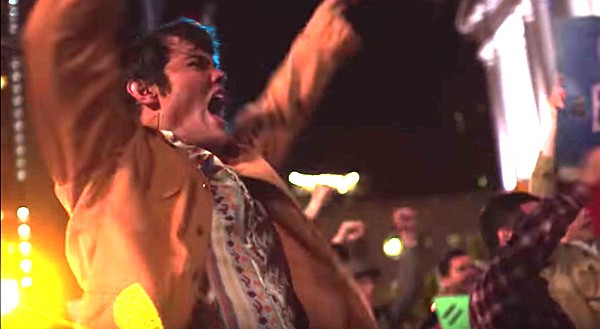 When We Rise shows how the advent of gay rights did not lead to immediate social acceptance or even protection, but instead many LGBT people were victims of violence, even in San Francisco, a city that has been heralded as the legendary epicenter of gay rights. The miniseries uncovers that history by carefully chronicling the early days of gay liberation. By telling the everyday accounts of the main characters, we can witness just how ubiquitous violence was.

In fact, after watching the first two episodes of the miniseries, I began thinking about how the term “gay liberation” does not capture the violence, intimidation, and conflict that defined the period. I then realized the brilliance in Cleve Jones’s title, “When We Rise,” not only does it refer to the collective choices of the characters who become politically active but the use of the verb “rise” describes the slow, gradual ascent of liberation.

Without being pedantic, we might take a cue from When We Rise, and refer to the 1970s not simply as a period of “gay liberation” but as the “rise of gay liberation” in order to capture the violence that accompanied this radical transformation.

Jim Downs is the author of Stand By Me: The Forgotten of History of Gay Liberation (Basic Books, 2016) and is an associate professor of history and director of the American Studies program at Connecticut College.