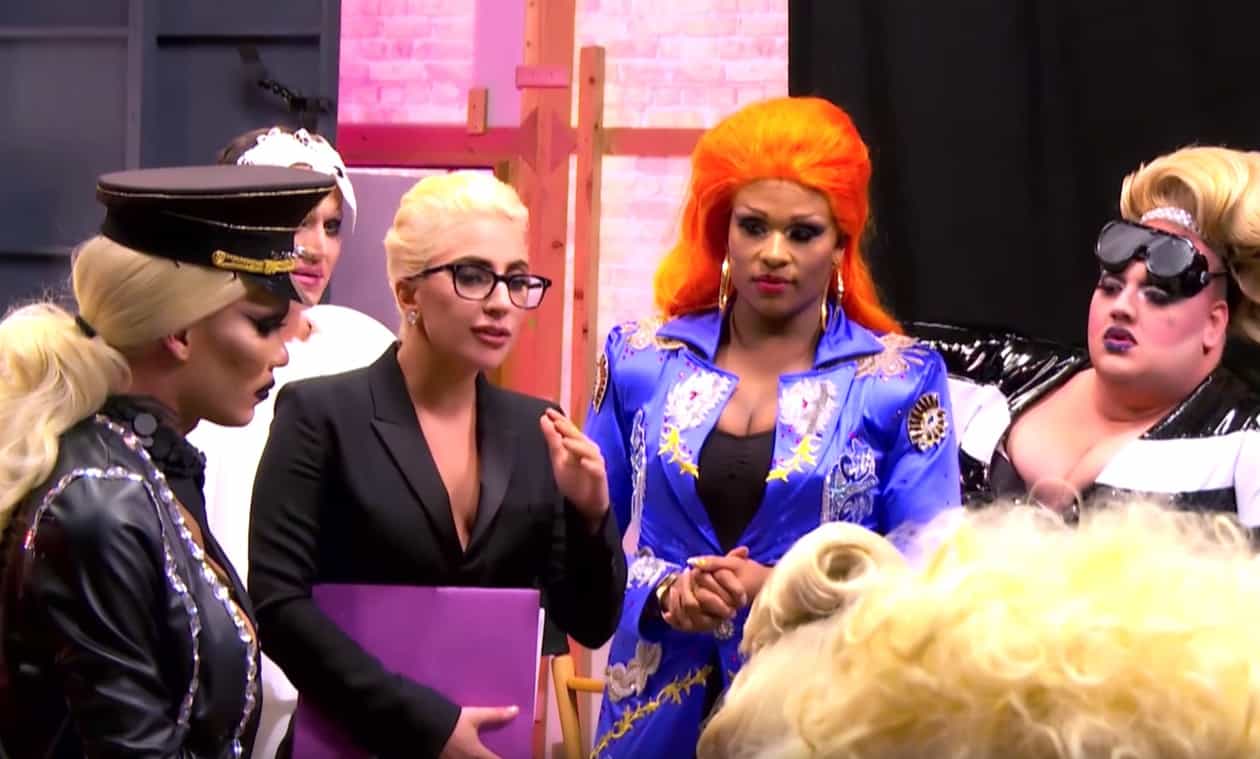 In the first episode of RuPaul’s Drag Race Untucked, Lady Gaga paid a post-taping visit to the Season 9 queens backstage to give them a few notes, but she also offered some heartfelt thoughts about her identity.

When Valentina thanked Gaga for what she’s done for the gay community, Gaga responded:

“I’m not a gay woman, you know? And it’s that touchy sort of subject where can you stand up for people that you are not necessarily fully part of that community in a way that you can understand what you all go through, right? But I have always been surrounded by incredibly intelligent, powerful gay men who have lifted me up through lots of changes in my life.”

“Becoming famous was very strange and it’s the gay men in my life that helped me to become a woman. And I don’t know that a lot of people would understand that but it’s because of what you’ve through ― you have survived so much that you inspire me to continue surviving. So thank you for that.”

RELATED: Get To Know the ‘RuPaul’s Drag Race’ Season 9 Queens in This Massive Must-Read Preview