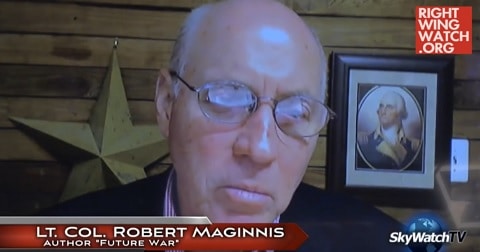 Hate group the Family Research Council (FRC) has come out with some awful nonsense over the years but group “senior fellow” Robert Maginnis has possibly reached maximum stupid by suggesting that Washington, D.C., is run by evil gay witches.

However, according to Maginnis hedonism and witchcraft are the very center of the nation.

Previous Post: « Bette Midler Is Back on Broadway in ‘Hello, Dolly!’ and You Probably Can’t Handle It: REVIEW
Next Post: Jason Chaffetz Says He’s Clean: ‘I’ve Been Given More Enemas…Than You Can Imagine’ »