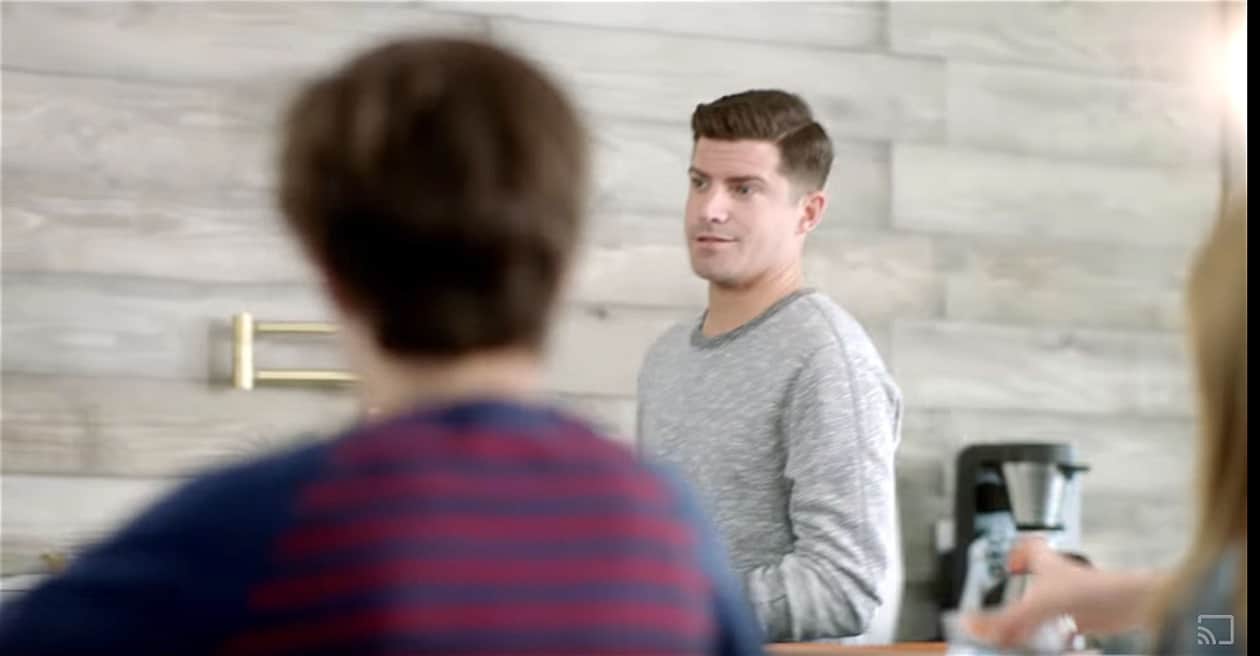 The 33-second ad, posted on YouTube Thursday, shows a gay couple, Ross and Alex, asking Google Home what their respective days look like.

While Alex’s day is off to a rough, traffic-filled start, Ross’ free morning gives him the chance to give his man a hand by taking their daughter and son to school.

You can watch the full ad here:

The seemingly uneventful ad on its own speaks volumes. There’s no indication that this family is unlike any other. The kids are quietly eating breakfast while the parents figure out their days. But that’s likely the intent: to show that same-sex parents are just as helpful, happy and loving as their heterosexual counterparts.

This isn’t the Internet giant’s first foray into featuring — and celebrating — the LGBT community. In March, Refinery29 reports, the company debuted the winner of its “Doodle for Google” art competition, 15-year-old Sarah Harrison who showcased both queer and transgender individuals in her diverse doodle.

In April 2016, Google also told the story of Brad, a gay man on the receiving end of a rough text message breakup who used a new Google Calendar feature to get in shape and get a new man.

The company doesn’t use the LGBT community to only market itself, however. In 2014, a Google Doodle showcased Winter Olympics sports doused in colors of the rainbow in response to the Sochi Games and Russia’s law banning ‘gay propaganda’.

Google has also has a habit of changing it’s search bar to support Gay Pride Month, the Huffington Post reported in 2013.

This obviously isn’t the first time Google has showcased the LGBT community, and these Doodles and dads likely won’t be the last.