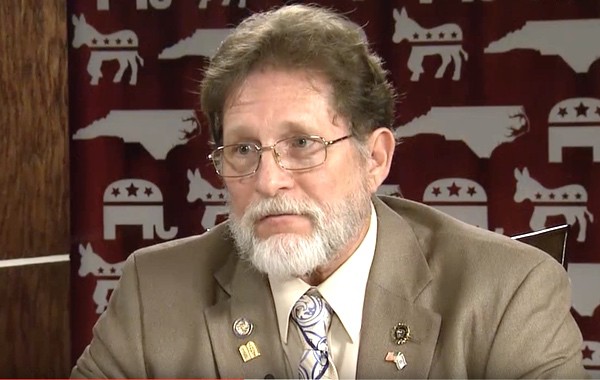 North Carolina GOP Rep. Larry Pittman compared Abraham Lincoln to Hitler in a Facebook comment defending his bigoted bill to make gay marriage illegal again, a bill that the House Speaker has said will not be heard.

Republican Rep. Larry Pittman of Cabarrus County made the comparison in a Facebook post in response to a comment criticizing a bill he’d introduced that would nullify the U.S. Supreme Court’s decision on same-sex marriage in North Carolina.

A commenter reminded Pittman that the Supreme Court ruling settled the law on gay marriage and that the lawmaker should “get over it.”

Pittman’s response: “And if Hitler had won, should the world just get over it? Lincoln was the same sort (of) tyrant, and personally responsible for the deaths of over 800,000 Americans in a war that was unnecessary and unconstitutional.”

Another commenter asked Pittman to explain why he believes the Civil War, which resulted in the end of slavery, was “unnecessary.” He did not respond to the question on the Facebook page. 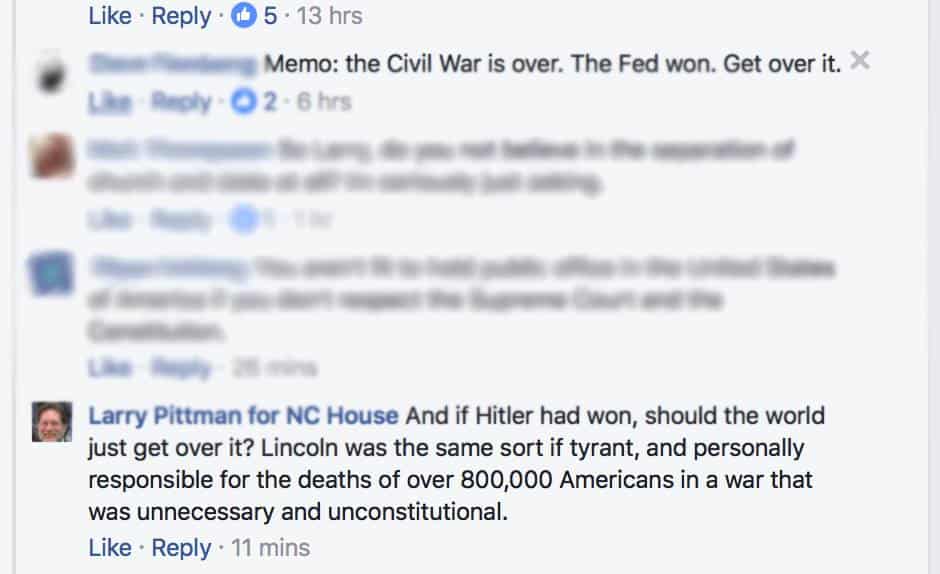 Previous Post: « Adios, Vaquita Marina? Mexico’s ‘Little Sea Cow’ is Being Pushed to the Edge of Extinction
Next Post: Trump Just Dropped the Largest Non-Nuclear Bomb in the U.S. Arsenal in Afghanistan »