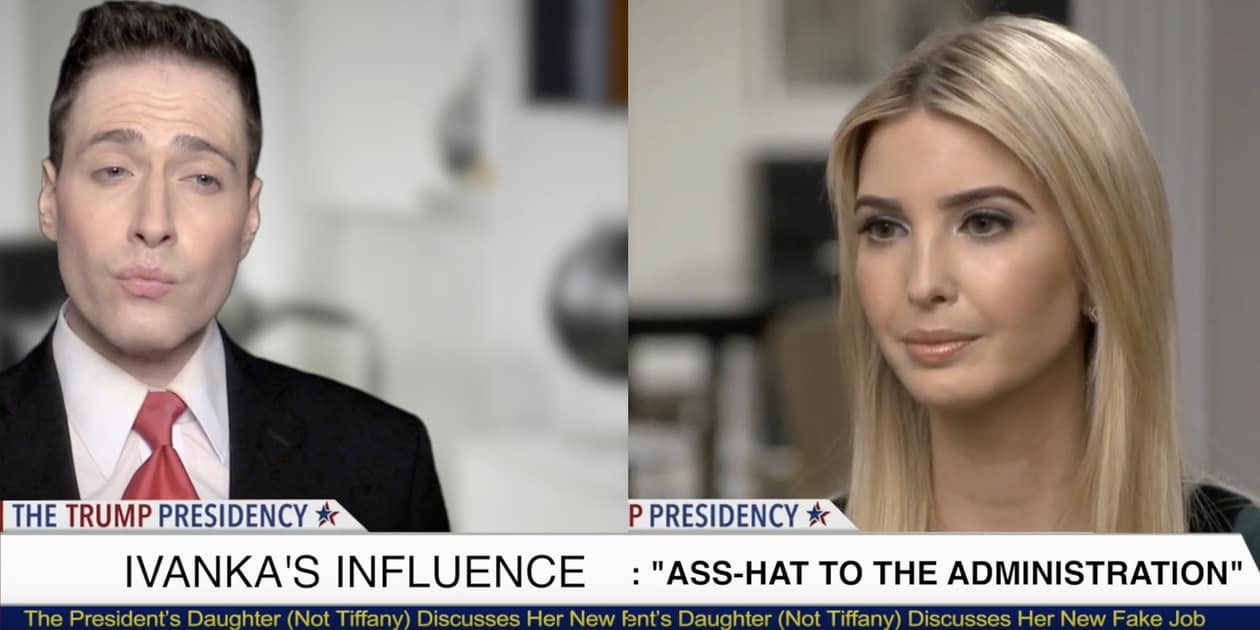 There is no political reporter on the scene today more incisive than Randy Rainbow, and he brings his interviewing skills to a new sit-down with First Lady Ivanka Trump.

The two sat down as Donald Trump was having his morning nap and talked about all her titles, what made her decide to take on an official role at the White House, what her stance is on gay advocacy, women’s rights, and her father’s makeup, the direction the country is going, and whether she’s complicit.

Previous Post: « NBC Just Ordered Up Even More Episodes of the ‘Will & Grace’ Reboot
Next Post: Modus Vivendi is Bringing Polka Dots Back: WATCH »