FBI Director Comey: It Makes Me 'Nauseous' That We Might Have Influenced The Election - WATCH - Towleroad Gay News 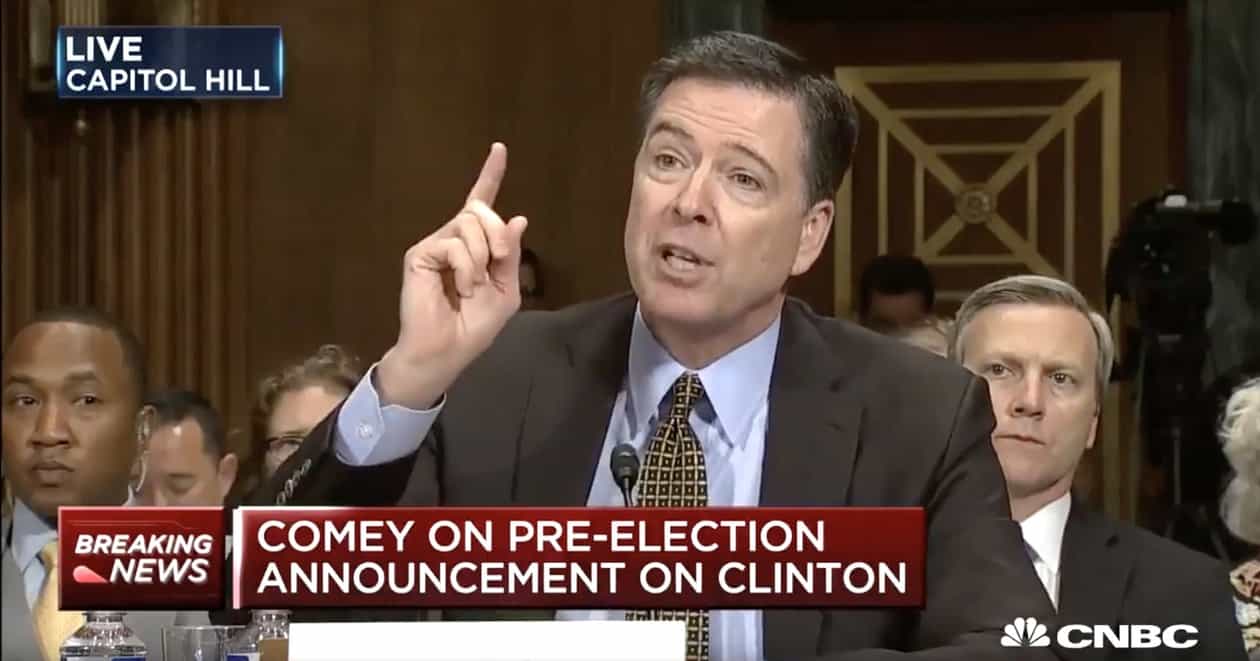 FBI Director James Comey was grilled by Senator Dianne Feinstein about why he chose to announce, 11 days before the election, that the FBI was opening an investigation into a new set of Hillary Clinton emails (for which they had not even yet secured a warrant).

“Why wouldn’t you just do the investigation as you would normally,” Feinstein asked, “with no public announcement?”

“This was terrible. It makes me mildly nauseous to think we might have had some impact on the election …Even in hindsight I would have made the same decision. I sat there that morning and I could not see a door labeled ‘no action here.’ I could see two doors, they were both actions. One was labeled ‘speak’ and the other was labeled ‘conceal.'”

Added Feinstein: “You took an enormous gamble: the gamble was that there was something there that would invalidate her candidacy. And there wasn’t.”