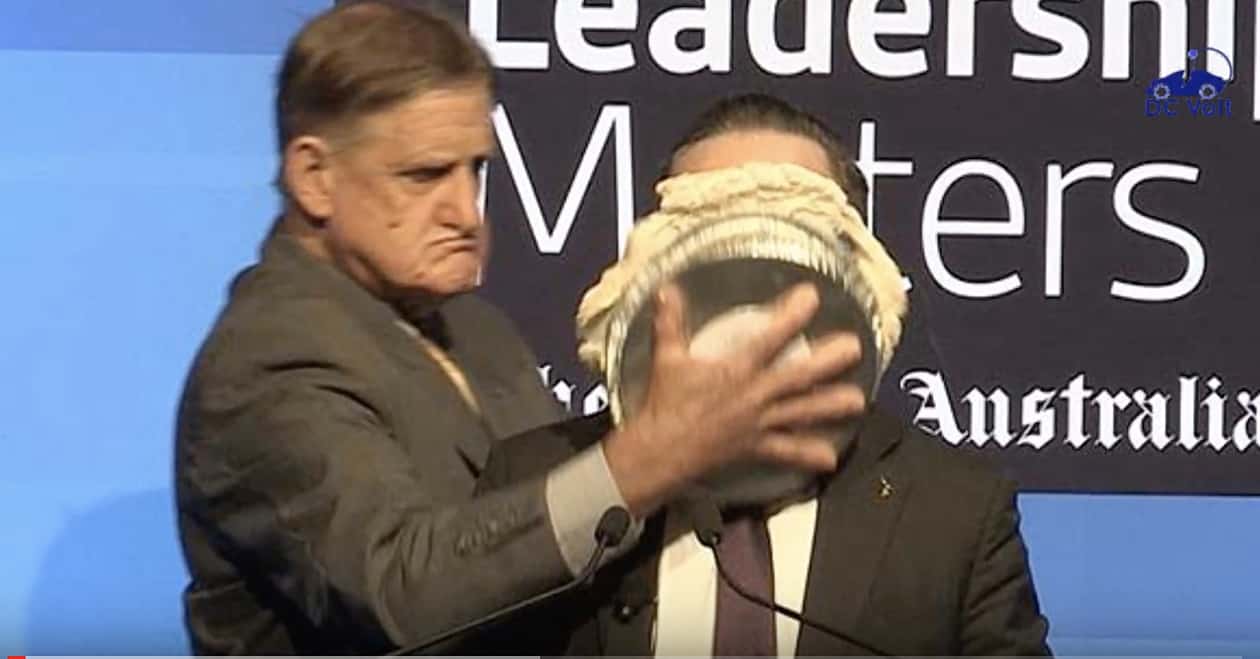 Alan Joyce, the openly gay boss of Qantas, said he will press charges against a man who pied him to protest the CEO’s “corporate bullying” over same-sex marriage.

Glad too that #alanjoyce determined to press charges against bigot who assaulted him. Message needs to be sent. #Qantas #TonyOverheu #LGBT

Although Overheu apologized by email for the attack, Joyce said he intends “to send a message that this type of behaviour isn’t acceptable.”

Mr Overheu claims the Qantas CEO is part of a network of corporations including Airbnb, Wesfarmers and Holden that are trying to impose gay marriage on Australians.

He was referring to 20 corporate chief executives signing a letter in March urging Prime Minister Malcolm Turnbull to legislate same-sex marriage and not hold a gay marriage plebiscite.

Mr Overheu says he attended a barbecue on the weekend, in which other people were also “pee’d off” about “special interest groups” overriding the individual and society’s will.

“It would appear Alan Joyce is part of a network trying to subvert the federal parliamentary process around the issue of marriage equality.

“Figures overstepping the line have got to anticipate there will be push back.”

However, Joyce said he would not be intimidated by Overheu’s actions. “I have every intention to continue to be vocal on those social and community issues,” he said. “Qantas has always spoken up on gender issues, on LGBTI issues, on Indigenous issues and we will continue to do so and no attempt at bullying us into suppressing our voice will work.”

Overheu said that his wife is furious because she believes his actions are not consistent with Christianity. One of his daughters has posted a message on social media in support of same-sex marriage, adding “I love my idiot dad.”

Watch the incident below.

Previous Post: « Chelsea Manning to Leave Prison Next Week: ‘For the First Time, I Can See a Future for Myself as Chelsea’
Next Post: Colton Haynes Wants to Help You Relieve Your Anxiety: WATCH »