A gay man who called a psychological helpline in St. Petersburg, Russia was told by an employee “this line isn’t for faggots.”

Psychological helpline FROG says in its online statement of trust that the service is open to everyone, reports Global Voices. The helpline also aims to recruit newly qualified psychologists hoping to gain some work experience. 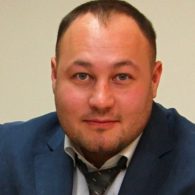 The caller later tracked down Alexander Bronshtein, the director of FROG, to inform him about the phone call.

“You were told that [we] don’t work with faggotry [sic] and then you were wished all the best. What was rude about this?”

Bronshtein also argued that “faggotry” (pedorastiya) is an acceptable psychological term and explained in a chat on social network Vkontakte that “disseminating this phenomenon” is illegal in Russia.

The man who called FROG brought his story to Lena Klimova, a Russian LGBT rights activist and founder of the now banned Children 404 support group.

He also shared a link to the caller’s Vkontakte account, effectively outing him as gay.

“We really don’t treat people for faggotry and this caller was informed of that, and wished all the best. Except you [Klimova] erased his information for some reason, and left mine. If you’re taking screenshots, then do a full screenshot. You don’t need to hide your friend’s name,” Bronshtein explained.

Bronshtein also stated that homosexuality is a “deviation” and that “psychologists only work with the norm.”