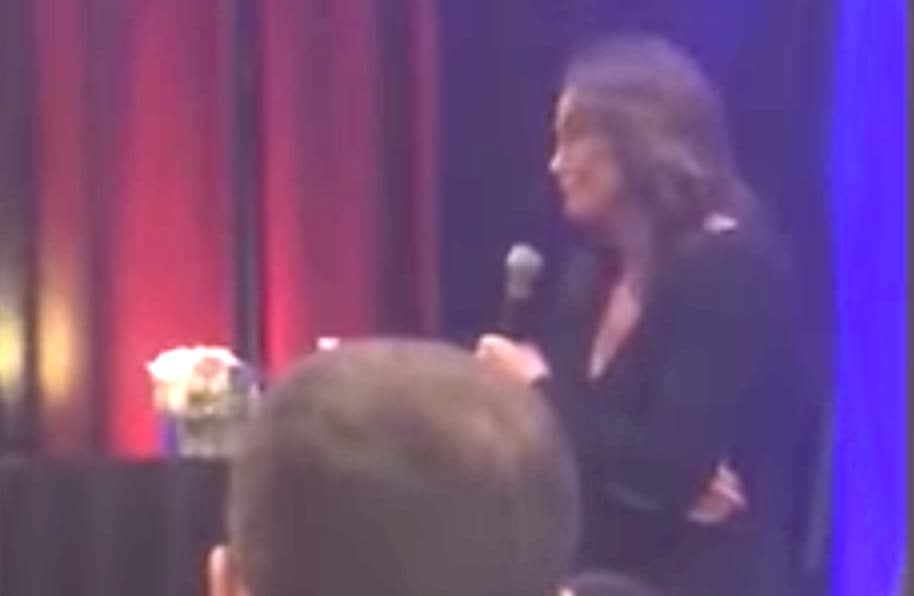 Discussing the attack last week during which House Majority Whip Steve Scalise and others were shot at the GOP practice for an annual congressional charity baseball game between Democrats and Republicans, Caitlyn Jenner said that “Liberals can’t even shoot straight.”

Trump supporter Jenner was speaking at an event during the College Republican National Committee’s convention. Video of the press-free dinner last Friday was later published on Facebook by a College Republican group in Virginia. That video has since been removed, but portions of it have been posted to YouTube.

Said Jenner, via the Washington Examiner:

“Nobody deserves what happened out there. There’s no justification. There are crazy people. We have to minimize that type of stuff. As far as the people that were injured, it’s an absolute shame. You just want them to recover. Fortunately the guy was a really bad shot… liberals can’t even shoot straight.”

During the dinner, renowned scientist Jenner also said that climate change is a hoax designed “for the rest of the world to kind of ruin us economically.” She also noted that Crystal Griner, the lesbian Capitol Police officer who was injured in her efforts to defend Scalise and others,”wasn’t thinking about LGBT issues, she wasn’t thinking about any of those types of things.”