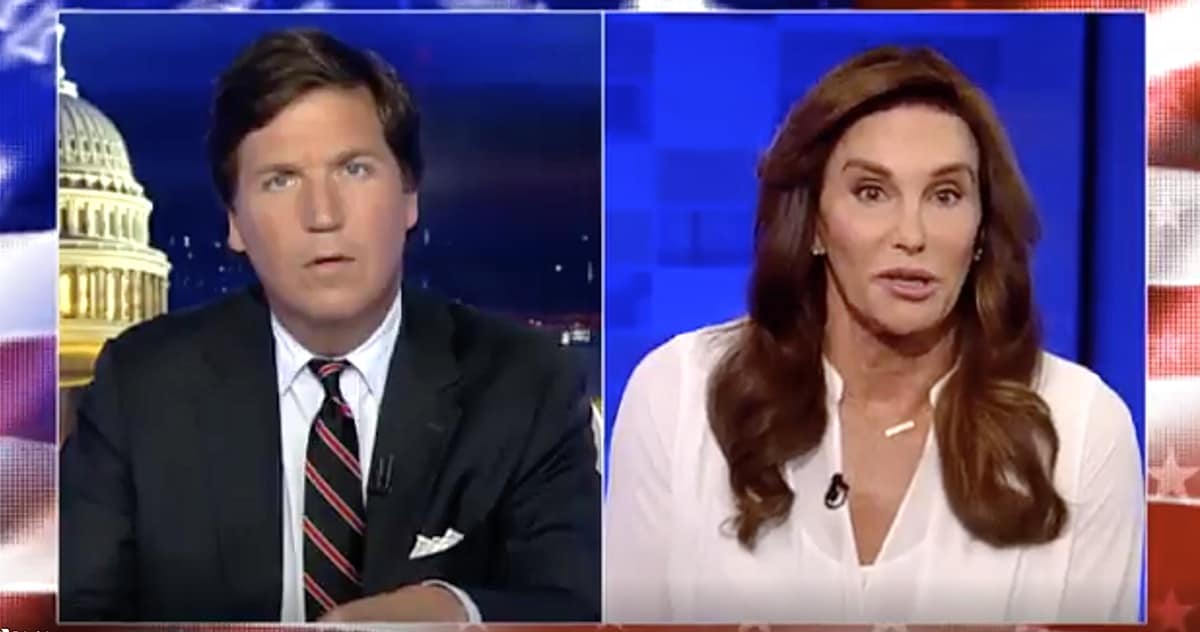 Caitlyn Jenner still doesn’t understand that you can’t be voting conservative Republican and claim to support the LGBT community.

“I never actually came out and outwardly supported Trump. The media did that for me,” she told Tucker Carlson in his first gig in the 8 pm time slot on FOX News.

Jenner never “outwardly” supported Trump except for that interview in June 2016 when she said “…Trump seems to be very much for women. He seems very much behind the LGBT community because of what happened in North Carolina with the bathroom issue. He backed the LGBT community.”

“I’m on the Republican conservative side,” Jenner explained to Carlson. “And he wound up being our candidate. And so certainly I was going to vote for him. He looked like he would be pretty good on all LGBT issues, which is important, because my loyalties do not lie with Donald Trump. My loyalties do not lie with the Republican party. My loyalties and what I am fighting for is my community, the LGBT community and particularly the trans issues that are out there, because there are many of them. And so that’s where my fight is. I thought Trump would be pretty good. But he’s kind of disappointed me in the first 100 days.”

.@Caitlyn_Jenner: Pres Trump has disappointed me in the first 100 days pic.twitter.com/sgyjX2DIMn

Jenner supported Ted Cruz for president during the campaign, saying she wanted to be his ambassador for transgender issues, blasted Hillary Clinton as a “f**king liar”, and pulled a bathroom stunt at Trump Tower in Manhattan in an attempt to show how trans-inclusive Trump really is.

Jenner sees herself as a change maker within the Republican Party for LGBT people.

Said Jenner on Any Given Wednesday in August:

Last December,  Jenner met with Samantha Power, the United States ambassador to the United Nations, who praised her for efforts to raise the profile of transgender people.

Jenner suggested that she’s “comfortable” with the issues here in the U.S., a remark that didn’t sit well with trans activists here who have called her “an insult to trans women” and claim that because of her privilege, wealth and fame she is out of touch with the discrimination, poverty, and marginalization issues faced by transgender women day to day.

Of course, after claiming that she advocates for the trans community, Jenner still voted for the anti-LGBT GOP in 2016 despite a slate of candidates who were vocal and expressive about their opposition to LGBT issues.

Previous Post: « Elton John Recovering from ‘Potentially Deadly’ Infection Contracted in South America
Next Post: ‘Anastasia’ the Musical Might Just Make a Princess Out of You Yet: REVIEW »