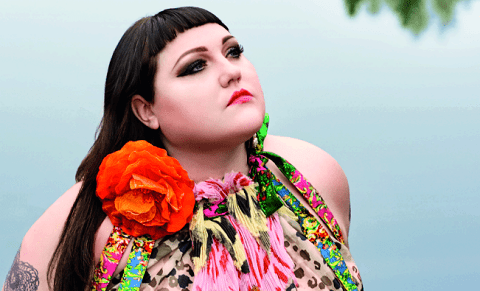 This week in New Music: A sort of grown up Beth Ditto (above) is back with her first solo album, Lorde contemplates life on Melodrama, Cathedrals are all about the gooey electro pop and Keep Shelly In Athens are more laid back for album number three. 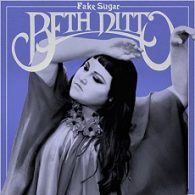 Although former the Gossip member Beth Ditto’s Fake Sugar notches up influences that seem to take in everything rock and pop released in the 1970s and 1980s, her first solo album is a true breath of fresh air.

Between the rock swagger there are occasional ballads of all things on Fake Sugar.

While pop-rock songs like “Savoir Faire” are somewhat vapid and Ditto is perhaps not sure if she want to be Katy Perry or Pussy Riot, stormers like “Oo La La” make up for any shortcomings.

New Zealand’s Lorde aka Ella Yelich-O’Connor took on the persona as the thinking person’s Taylor Swift when her 2013 album Pure Heroine emerged as if from nowhere.

Which is at best very unfair to Swift especially as Yelich-O’Connor seems to have taken the almost-comparison on board for her second album Melodrama.

While Pure Heroine was all about the star struck ingenue on the outskirts looking in, Melodrama is about the shit storm that came in the album’s wake.

Gone are the hip-hopish influences to be replaced with genius pop in all it’s glory. Opening track “Green Light” is massive pop with echo chorus and all, “Liability” is a perfectly assembled ballad and closing track “Perfect Places” sums up Lorde’s experiences. Everything in between is also expertly plotted but with great feeling.

Electro pop duo Cathedrals are back with their latest track “With You.”

Like Lorde’s Melodrama, “With You” is as perfect as pop can get. A romantic, dreamy number, the duo are concerned with “the sense of comfort and peace you find when somebody ‘feels like home’ to you.” 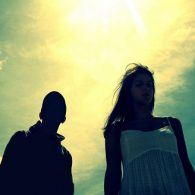 And in a good week for female-fronted electro pop, we finish up with “Leave In Silence” by Greek act Keep Shelly In Athens.

Armed with a new singer for album number three Philokalia, the lead track has a touch of 90s-era downtempo releases from the likes of Air and Moby.