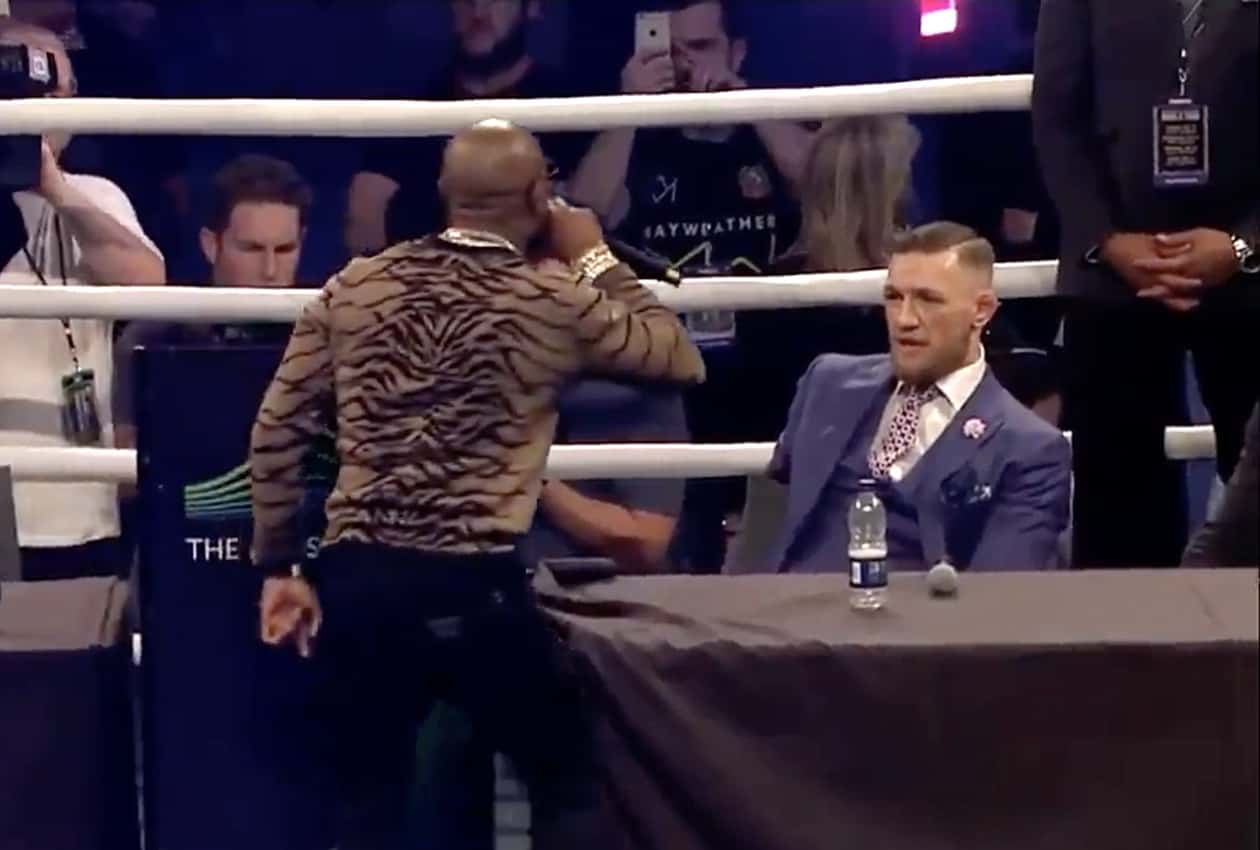 The anti-gay slur hurled at Conor McGregor by Floyd Mayweather at a promo event for their August 26 fight was retribution for a racial slur thrown by McGregor.

Said Mayweather’s rep to TMZ: “The reason Floyd called Conor the F word is because Conor called Floyd a monkey. Floyd has nothing against gays or lesbians at all … Floyd has them on his staff. Floyd has nothing but the utmost respect for gays and lesbians.”

TMZ adds: “We’re told the monkey comment allegedly happened off mic when Conor was storming around the stage and hyping up the crowd. “