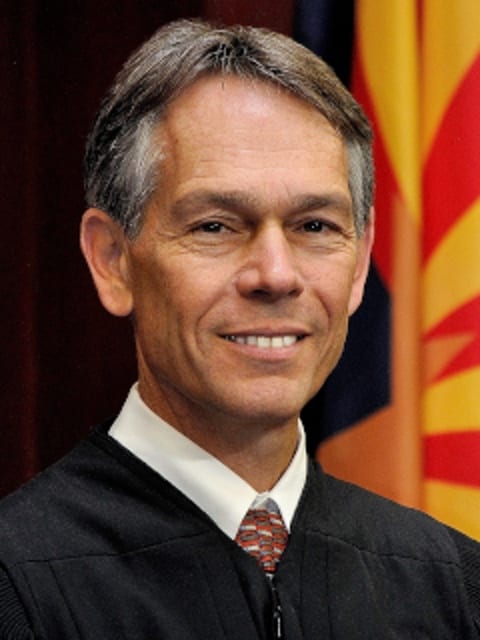 Wrote The National Center for Lesbian Rights in a press release:

Suzan McLaughlin and Kimberly McLaughlin were a married lesbian couple who had a child in 2011 using an anonymous sperm donor. After separating in 2013, Kimberly stopped allowing Suzan to see their child, and Suzan filed a legal action to be recognized as a parent. Both the Arizona Court of Appeals and the trial court held that Suzan should indeed be recognized as a legal parent to her child. NCLR and Arizona attorney Claudia Work represented Suzan. Additionally, Professor Barbara Atwood and the Child and Family Law Clinic at the University of Arizona Rogers College of Law, as well as 23 Arizona family law attorneys and the ACLU and ACLU of Arizona, filed amicus briefs in support of Suzan.

Since the 2015 U.S. Supreme Court marriage equality decision, Obergefell v. Hodges, numerous cases have recognized that married same-sex parents and married different-sex parents must be treated equally under the law. In June 2017, the U.S. Supreme Court held in Pavan v. Smith, another National Center for Lesbian Rights case, that Obergefell required states to treat married same-sex parents and married different-sex parents equally. The Arizona Supreme Court’s decision in McLaughlin follows this settled law and should be instructive to other states across the country considering this issue.

Chief Justice Scott Bales (pictured, above), writing for the majority, acknowledged that Arizona laws dealing with presumption of paternity use terms like “father,” “he” and “man.” Those laws say the husband in a marriage is presumed to be the parent of any child born within 10 months of a marriage.

He also conceded that Tucsonan Suzan McLaughlin, who sued over parental rights, could not possibly be biologically related to the child born in 2010 to Kimberly McLaughlin, to whom she was legally married at the time.

But Bales said that’s irrelevant after the 2015 U.S. Supreme Court ruling that states cannot limit marriage to one man and one woman. The U.S. high court said same-sex couples are entitled to civil marriage “on the same terms and conditions as opposite-sex couples.”