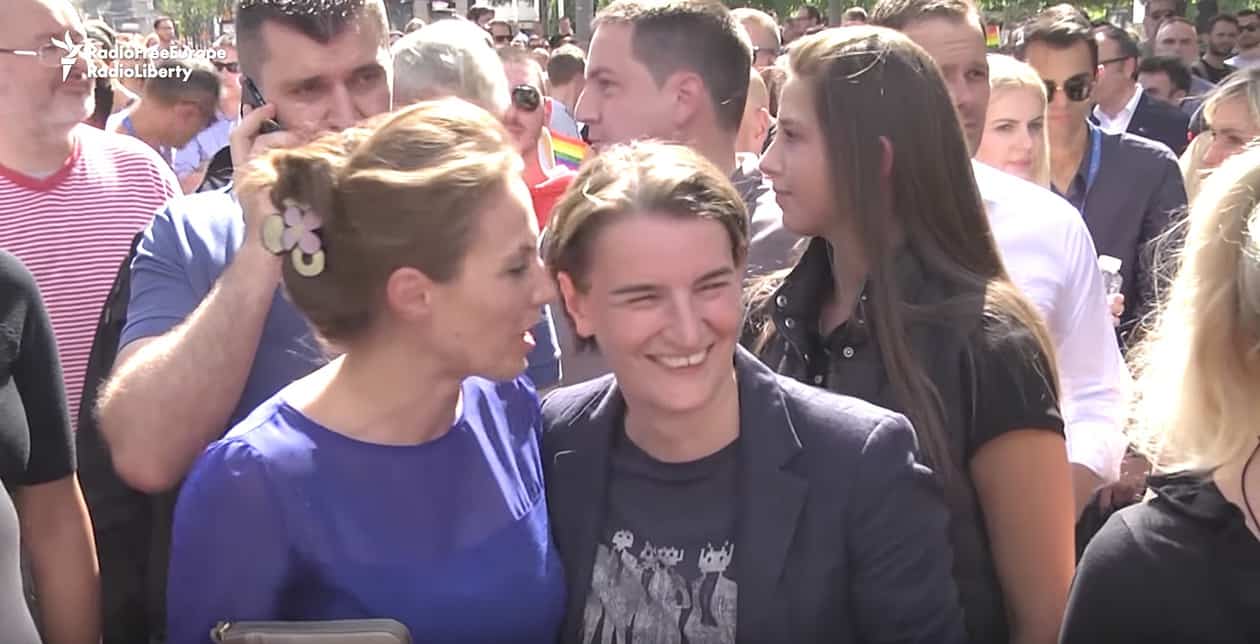 “My message here today is that the government respects all citizens,” Brnabic told reporters. “We want to send a signal that diversity makes our society stronger.”

“Today we walk together and together we will stress that problems still exist and that we want to work together to solve them,” said activist Goran Miletic.

Riot police cordoned off the city center with metal fences as helicopters flew overhead to prevent possible clashes with extremist groups opposed to the pride gathering. Opponents gathered with their own banners but no incidents were reported.

Serbia has recently tried to improve its image with an eye towards European Union membership.