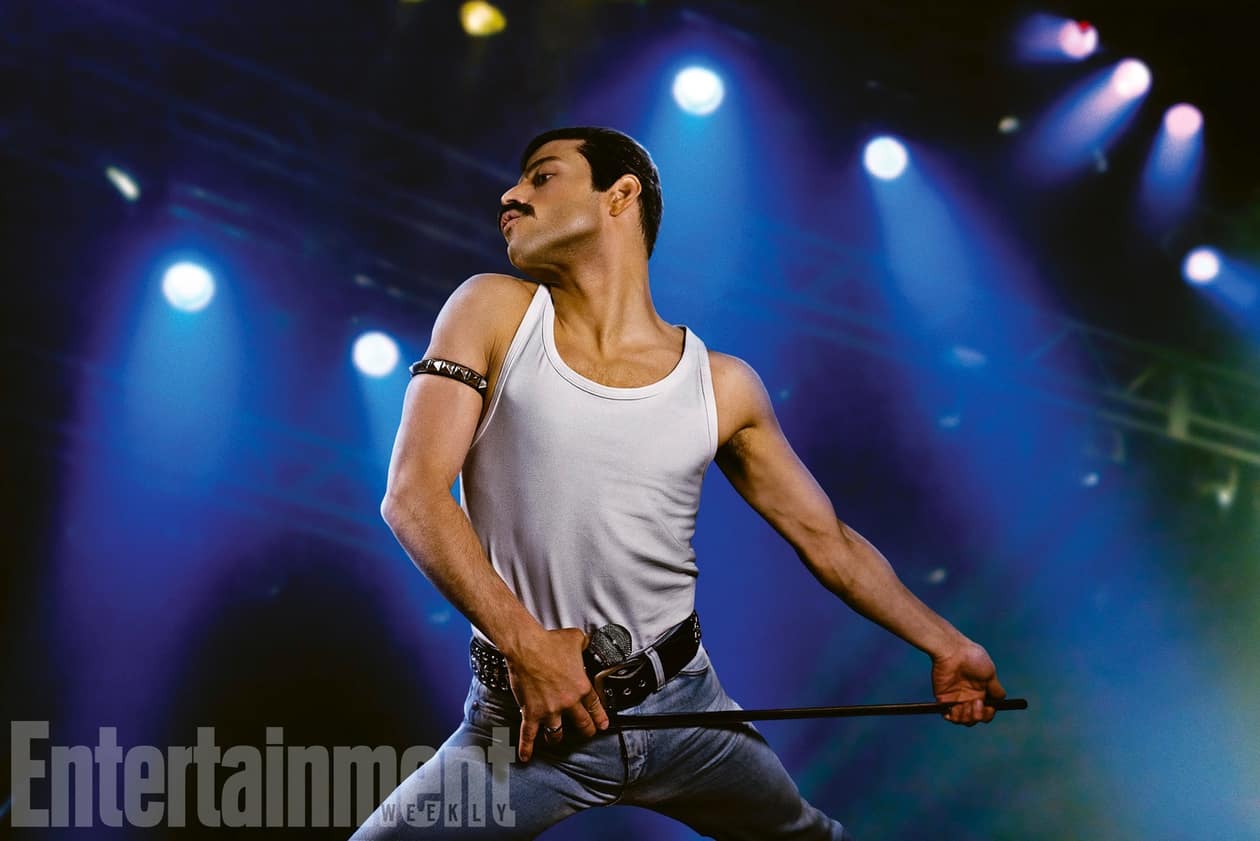 Rami Malek (Mr. Robot) has been transformed into iconic Queen frontman Freddie Mercury in the first image from the forthcoming biopic Bohemian Rhapsody.

The film, directed by Bryan Singer, follows Queen from the group’s formation in 1970 through Queen’s 1985 performance at Live Aid.

Writes EW, which published the photo:

Singer, who last helmed 2016’s X-Men: Apocalypse, describes his approach to Bohemian Rhapsody as “not a traditional biopic” but rather a story honoring the music, an angle hinted at by the film’s limited time frame. “It won’t just be the dark Freddie story, but that being said, that also will be honored,” Singer says. “It’s about collaboration. It’s a celebration.”