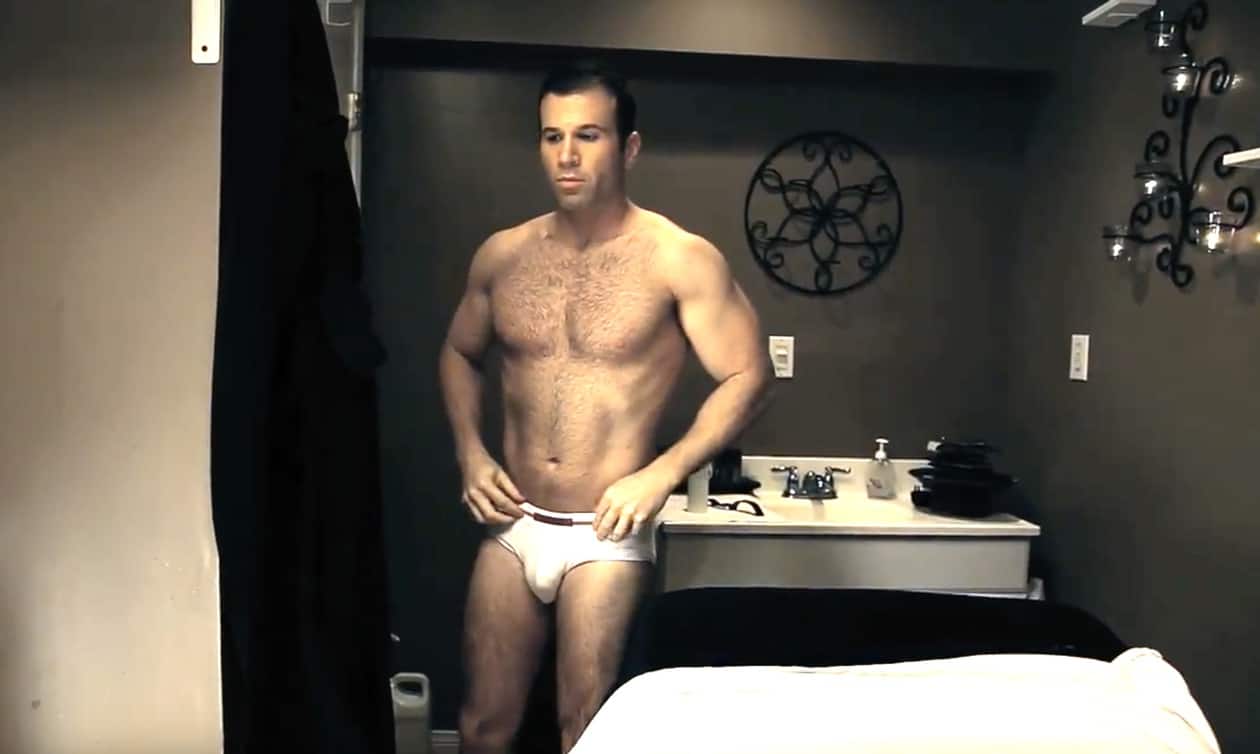 Rubdown is a lighthearted short film from Dennis Hensley (who also directed the recent film If We Took a Holiday) about an L.A. gay guy who goes undercover as a “secret shopper” at a spa to find out if a certain masseur is following the spa’s nipple policy.

WATCH THIS TOO: ‘If We Took a Holiday’ Is a Short Film That Offers a Snarky Love Letter to Madonna and Friendship: WATCH

Several years ago, I was asked by a friend who used to work at a high-end spa if I would be willing to be a “secret shopper” at said spa.  They had gotten questionable reports about a certain masseur and it would be my job to go undercover as a regular customer and see if the guy was breaking the rules or not.  I said, “Count me in,” because how hard could that be?  And I’d get a free massage, too.  I was determined to be a cool customer–James Bond in a towel and slippers—but once I got there, I became a nervous wreck.  My inner monologue was borderline hysterical and deafening.

That experience was the inspiration for Rubdown.

The film stars Jamie Fauth as the shopper, John McCutcheon as his masseur, and Jackie Clarke as the boss.