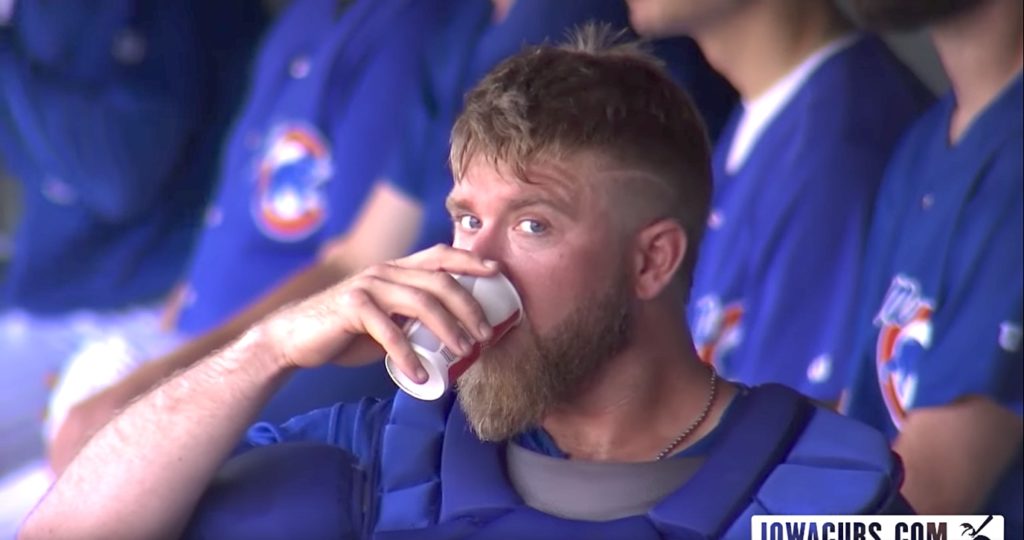 Baseball minor-leaguers aren’t usually known to make a lot of headlines, but there’s one Iowa Cub who’s going viral this week because of his season-long love affair with the camera.

Davis has what a football scout would call field awareness or a basketball evaluator would call court vision. He always knows exactly where the camera is and when to hit it with a steely glance.

At first I thought the bit might be a practical joke against one particular camera operator but then I realized he’s doing it with every single lens in the ballpark.

Said Davis of his newfound fame: “The camera just found me and the camera loves me, what can I say?”

Previous Post: « Check Out the Biggest Sneak Peek Yet of the ‘Will & Grace’ Reboot: WATCH
Next Post: Pro-LGBT Group Fires Back at Nasty Australian Marriage Equality Ad: VIDEO »