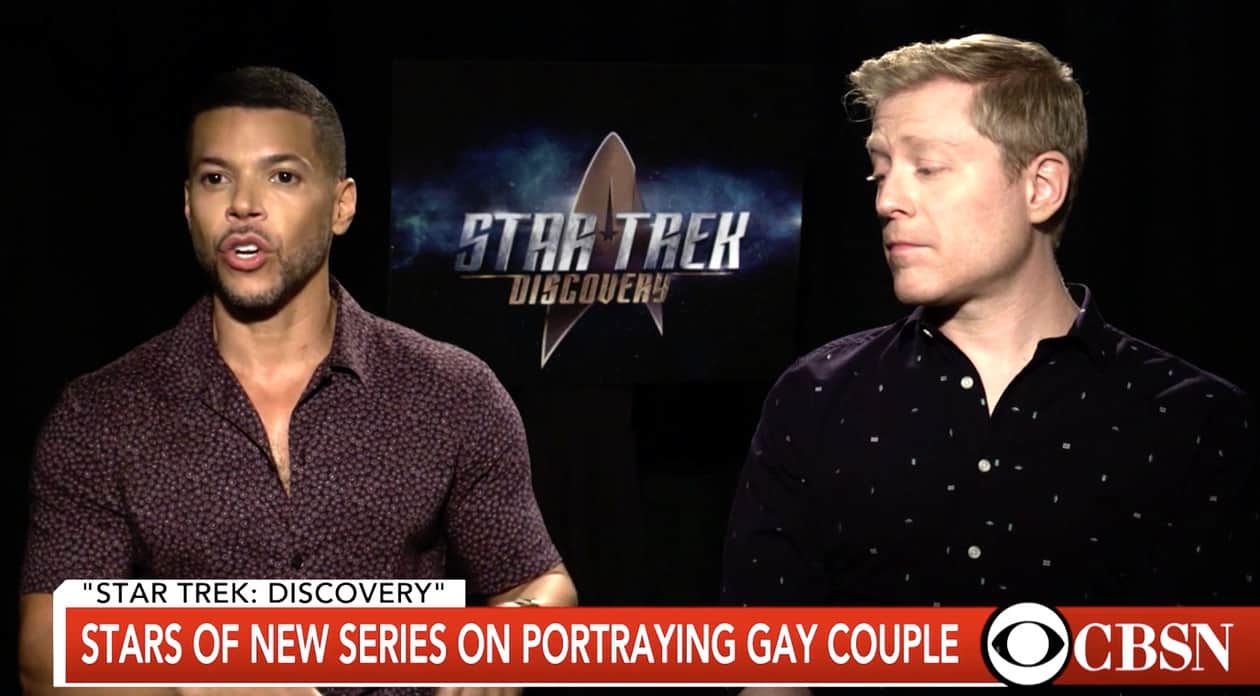 Out actors Wilson Cruz and Anthony Rapp sat down with CBS News to discuss the upcoming tv series Star Trek: Discovery, in which they play the first gay characters in a Star Trek TV series.

Rapp points out that the previous “gay” relationship in Star Trek (a lesbian kiss on Deep Space Nine) involved someone who was not human and not necessarilyl gendered.

Watch them reveal more about learning they were cast and the show, which premieres on CBS September 24: