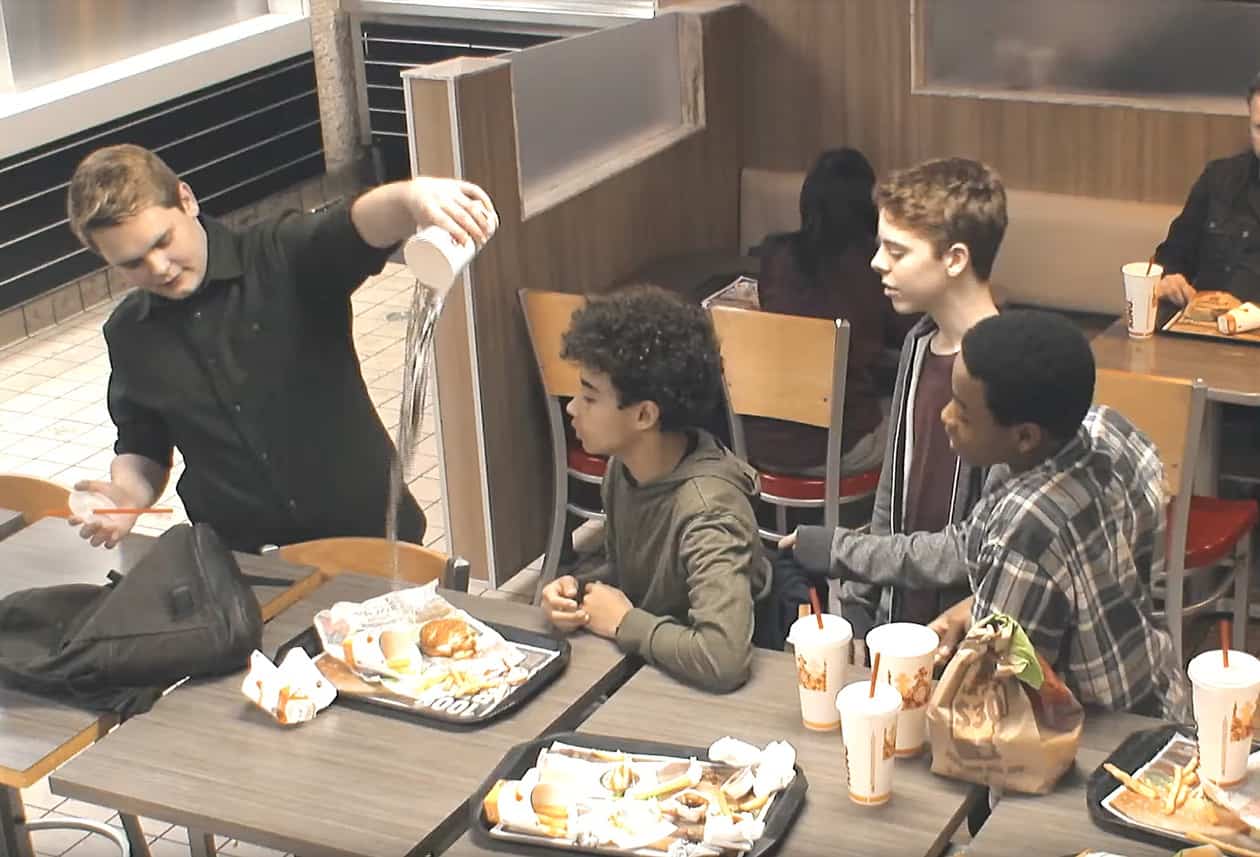 A new surprisingly effective ad and PSA from Burger King compares the bullying of a kid in its restaurant to the bullying of a Whopper Jr. to show how important it is to stand up and speak out in a situation where someone is getting bullied.

In its opening scenario, the ad shows a group of kids pushing around another kid – destroying his meal, insulting him, while people watch and do nothing.

In a second scenario, a restaurant employee ridiculously punches a Whopper Jr. which he then wraps up and gives out to various customers who then come back and “speak up” for the bullied burger.

The company’s point: 95% of people reported the bullied Whopper Jr. while only 12% spoke up for the bullied kid.

Of course the comparison is ridiculous, but that’s part of the point: one is human suffering – the other is just terrible service and a poorly-presented food product.

The ad’s power comes when it shows people in the restaurant (the kids are actors, the customers are real) actually standing up for the bullied kid, and showing the importance and the difference someone can make in a situation when they speak up.

Scrawny. Short. Ugly. Fat. Weird. 30% of school kids worldwide are bullied each year and bullying is the #1 act of violence against young people in America today (Source: nobully.org). The BURGER KING® brand is known for putting the crown on everyone’s head and allowing people to have it their way. Bullying is the exact opposite of that. So the BURGER KING® brand is speaking up against bullying during National Bullying Prevention Month.