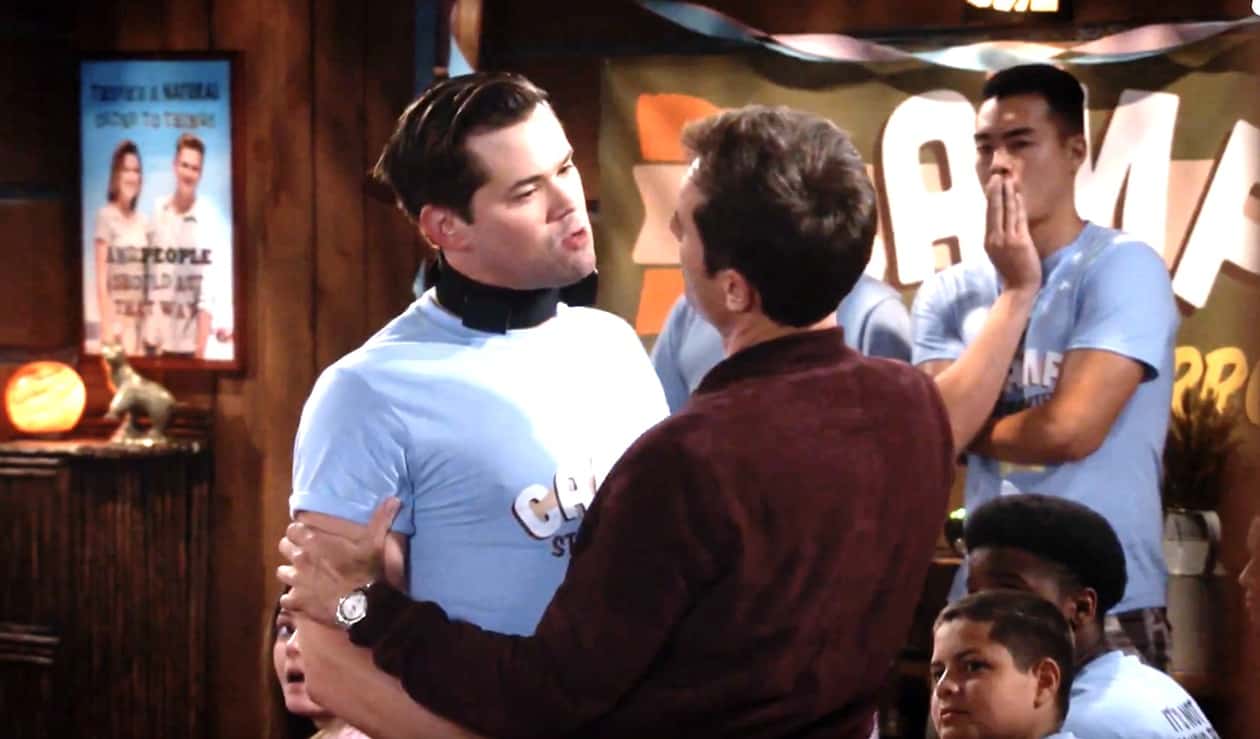 In this week’s Will & Grace, Jack’s son Elliot shows up to reveal he now has a son – Jack’s GRANDSON, Skip. And, as things move along swiftly in sitcoms, it’s revealed in short order that Elliot and his conservative wife Emma are taking Skip to conversion therapy camp, setting in motion the scenes leading to the one below, in which Will finds himself confronting the (closeted, of course) counselors at the camp, played by out actors Jane Lynch and Andrew Rannells.

While there was plenty to love about half this episode (this storyline flew, the B storyline sunk) but the highlight was certainly a conversation Jack had with his grandson, assuring him that “This place can’t fix you, because you’re not broken.”