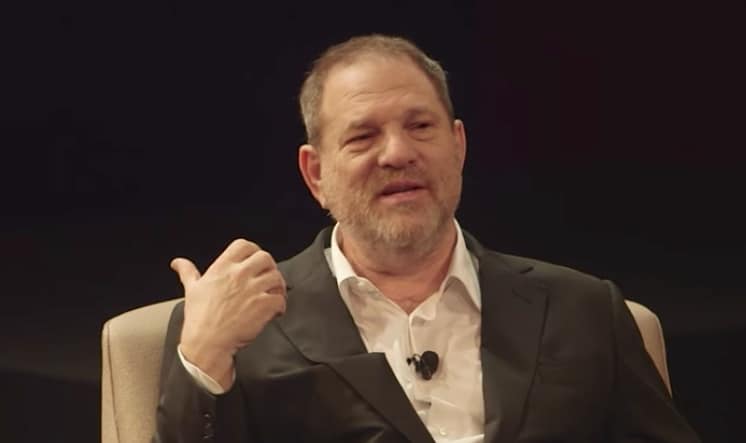 Harvey Weinstein has been fired from The Weinstein Company amid a growing sexual harassment scandal spawned by a New York Times article chronicling decades of complaints from women about abuse.

…Weinstein did not agree to leave the company, and there is no financial settlement in place, according to an insider. He has been fired for cause after the board met on Sunday, having spent most of the weekend trying to hammer out a deal for Weinstein to leave. Weinstein controls roughly 20% of the company.

On Friday, the Weinstein Company board suspended Weinstein and said there would be an internal investigation headed by attorney John Kiernan of the firm Debevoise & Plimpton LLP. The investigation will continue despite the fact that Weinstein has been fired.

Previous Post: « Sam Smith Performs Two Tracks on SNL, Urges Support for Marriage Equality in Australia: WATCH
Next Post: A Silver Fox Dates a 24-Year-Old with More ‘Daddy Issues’ Than You Can Imagine in ‘Call Your Father’ – SHORT FILM »