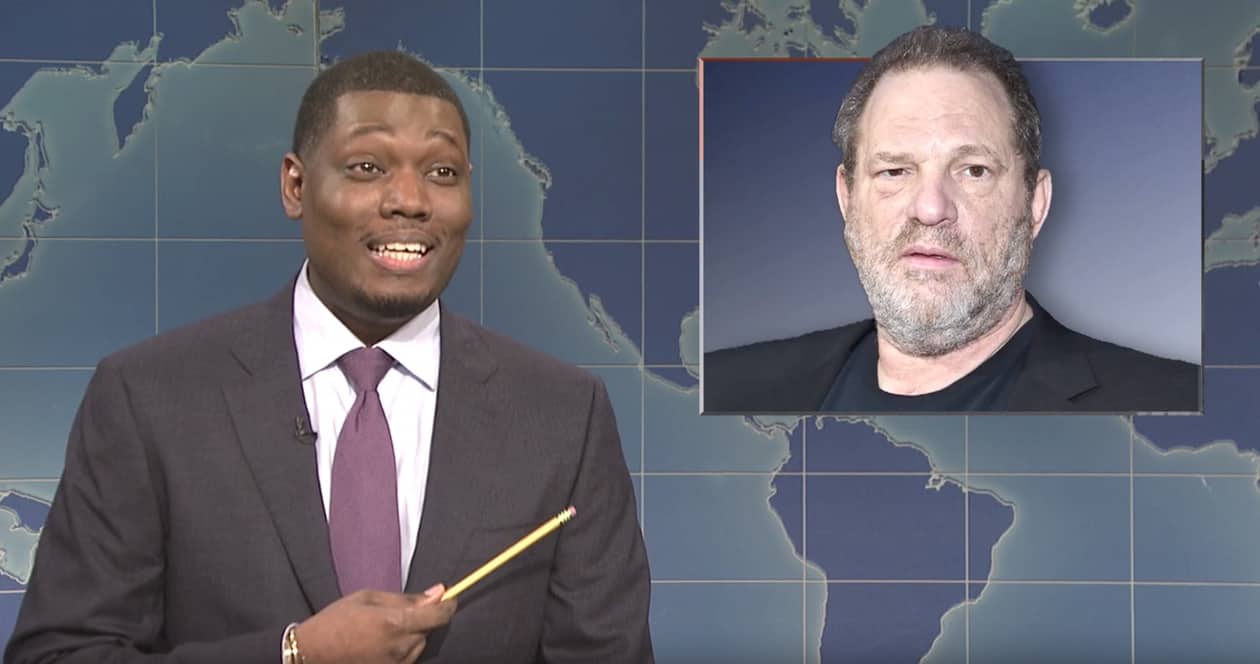 Last night’s SNL featured a full sketch on sexual harassment and Harvey Weinstein, but it was less successful than a more pointed segment on Weekend Update that began with Colin Jost mocking the Hollywood mogul’s plans to go to sex rehab in Europe:

“Somehow I don’t think that’s going to help anybody. He doesn’t need sex rehab. He needs a specialized facility where there are no women, no contact with the outside world, metal bars, and it’s a prison.”

Michael Che chimed in and explained the difficulties of writing comedy around such a serious issue:

Che also mocked Weinstein’s explanation for the assaults, that they were “mistakes.

“No, man. A mistake is me walking into the wrong bathroom and using it anyway because I was crowning. But you assaulted dozens of women. That’s not a mistake. That’s a full season of law and order. Your name’s a verb now, dude, as in, if this guy tries to Weinstein me I’m going to cut off his little Harvey.'”