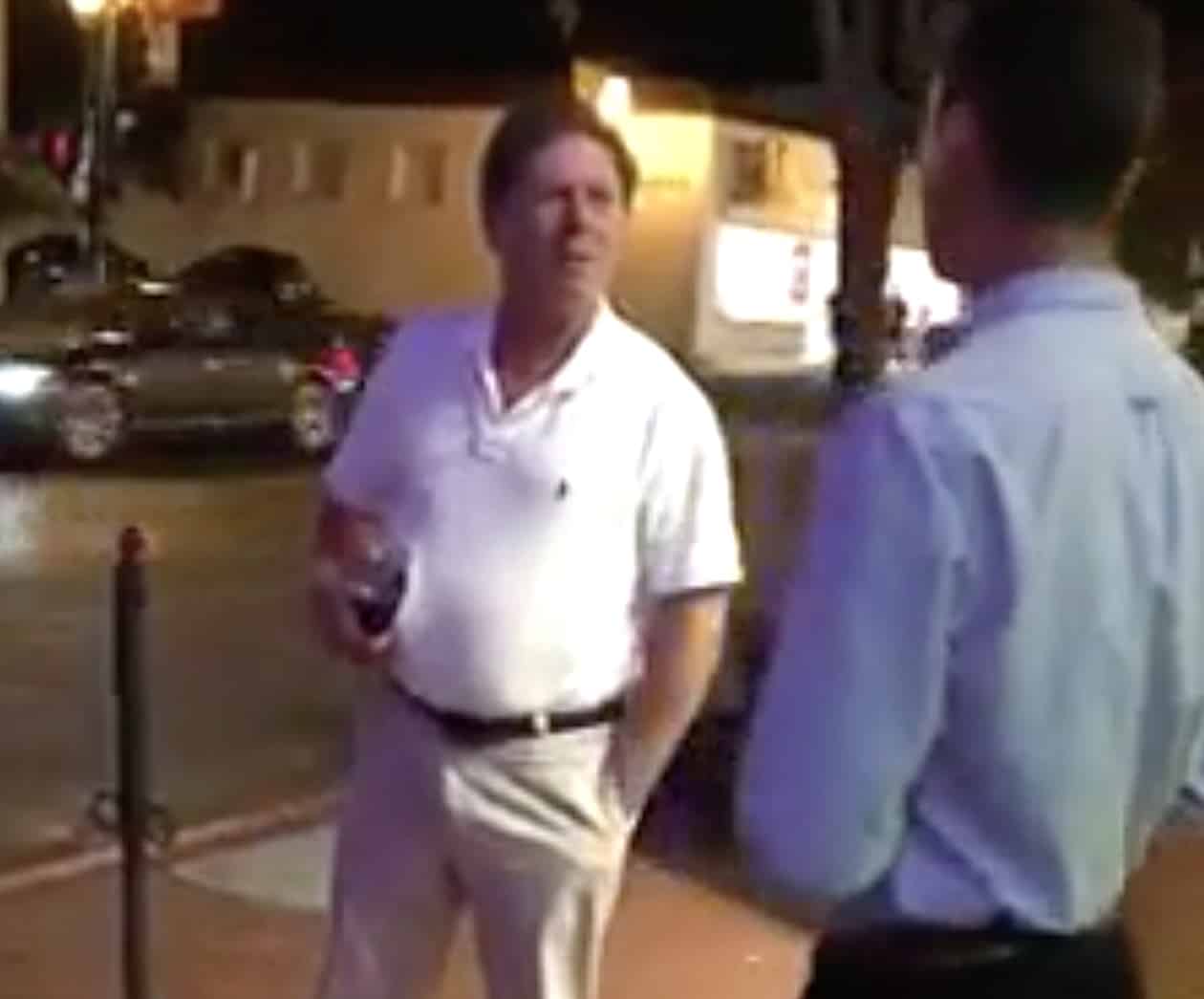 James Gelb, a landlord in Santa Barbara, California, may be charged by police after a public tirade in which he hurled anti-gay slurs at Ethan Bertrand, the gay board president of the Isla Vista Community Services District, more than a dozen times.

Early in the video, the two men appear to be talking about Gelb’s property holdings, a Del Playa Drive portfolio that is on the market for $79 million.

Part of the exchange is unintelligible, but Gelb can be heard stating that “it is none of your f—ing business,” followed by “escrow hasn’t closed yet.”

Glancing back at the camera, Bertrand replies, “I work for the people of Isla Vista.”

After Bertrand tells Gelb that he treats his residents “very poorly,” Gelb explodes with a loud “F— you!”

At that point, the confrontation escalates as Gelb begins shouting a string of derogatory references about Bertrand’s sexual orientation.

“You walk like a f—ing fag and I know you’re a fag,” Gelb tells him.

The incident is not being treated as a hate crime because no further infraction occurred.

Gelb told the paper that he suffered from Asperger Syndrome as a child and has very little social filter. He also said that his brother was gay and died of AIDS in 1994 “after a 22-year battle (which is strange since the virus was identified in the early ’80s.)

Gelb claims that Bertrand called him a “pedophile” and a “felon” before the video starts.

Bertrand released a statement on Facebook about the incident:

“Mr. Gelb’s actions caused me to fear for my personal safety, leaving me traumatized for the rest of the evening. His disgusting behavior shows that in 2017, LGBTQ people in our community can still face harassment, discrimination, and the threat of violence. I hope that Mr. Gelb can heal from the trauma that has caused him to treat people this way, but I also demand that he be held accountable for this unconscionable attack on the LGBTQ community.”

Previous Post: « Jeff Sessions Testifies Before the House Judiciary Committee on His Russia Lies: WATCH LIVE
Next Post: Armie Hammer Says He ‘Fell in Love’ with Director Luca Guadagnino on the Set of ‘Call Me By Your Name’ »