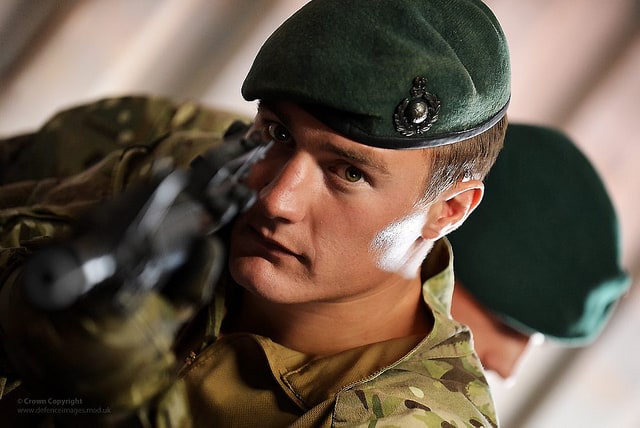 The alleged incidents happened between May and August 2014 at Faslane and Coulport naval bases in Argyll, Scotland.

The marine, who cannot be named for legal reasons, alleges he tried to tell his superior Corporal Danny Foster he would not do it. Foster is said to have replied “you f**king are.” 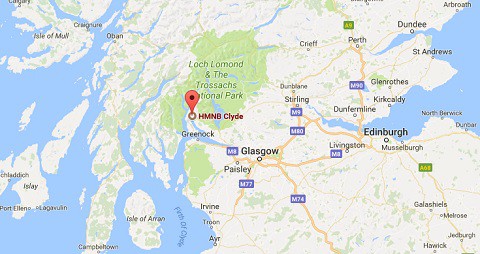 In another incident, Foster and Corporal Philip Beer are said to have forced a commando to shave off his body hair.

The marine said: ‘You could be punished for anything starting from just leaving a pen lid on the floor up to operational things like not turning on your radio while on patrol. ‘A senior marine would stand at the front and would ask if there were any integrity shouts – which meant you would own up to a mistake you had made. ‘Then there would be stitch ups, and marines or corporals could stitch each other up and report something someone else had done. ‘On the first occasion, there had been a map reading test which was made too hard and so a number of people failed. ‘We got lined up at the front of the room during family time and the corporals, who were at the back, were talking about what they would make us do. ‘They all laughed when Corporal Foster said we should wank to gay porn.

He added that punishments were often decided by rolling two dice, with the numbers relating to punishments on a sheet of paper. There would also be a game of quiz show Deal or No Deal played as part of punishments.

“There was a PowerPoint presentation and the forfeits would be projected onto the wall and others would be holding bits of paper with numbers on,” he said. “On one occasion, I had two [options] left and we would usually get a swap offered by whoever was the banker.

‘Foster knew I had [a punishment called] Django and would not let me swap because he knew I hated it.

‘I had to take the punishment – there was a metal pull-up bar in the gym which you would hang from and be whipped. ‘Corporal Foster was not there when I was whipped, I had to have another marine do it and be my witness. ‘There were different things used to whip you – on this occasion I was whipped with a rubber exercise band and then left hanging there afterwards.’

During cross examination by Foster’s lawyer, the marine added that his time with 43 Commando had led to him developing post traumatic stress disorder.

He added: “I have PTSD due to what happened. That does affect my memory and I try to put what went on out of my mind, but I do remember what happened.”

Foster has denied three counts of ill treatment of a subordinate. The trial continues today.